Homage To Our Guides

By GreatPlainsCons17th Mar 2021May 24th, 2021Watch Wednesday
No Comments 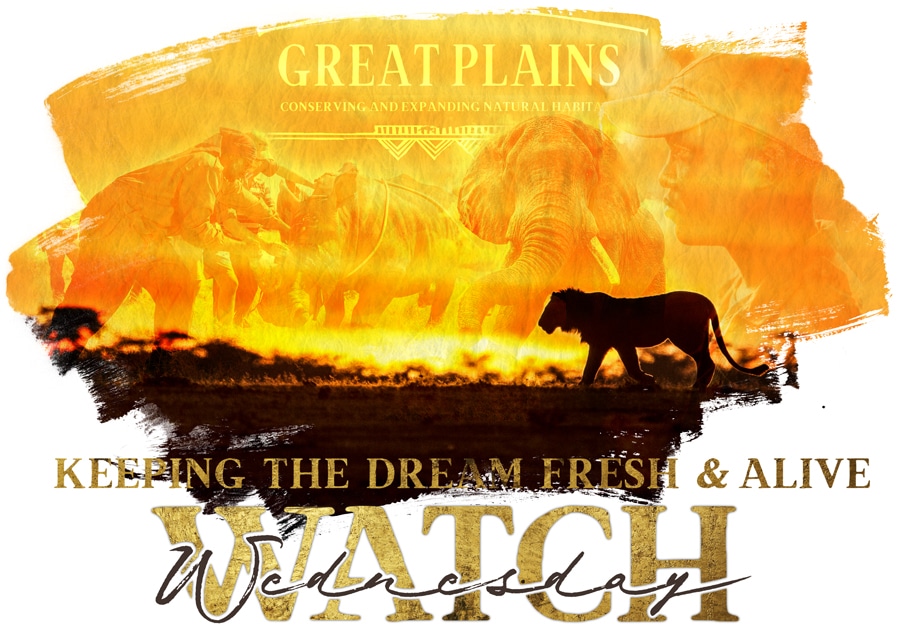 In Gratitude of Great Plains Guides,
and elephants

So you’ve arrived at a Great Plains camp, enjoyed the arrival, the warm welcome, perhaps a meal, and it’s time…

For many, this is the most exciting part. The reason you are here. The dream has come true. Today I want to honour the guides that make that dream happen, and here’s why…

1. Dedication to their Craft
Years ago, I drove into Duba Plains Camp, which we didn’t own then, to try to fix something on my filming vehicle and was surprised when a young assistant mechanic came to me and offered to help. We got talking.

He asked if I had any bird books he could borrow because “one day I will be a guide”, he said. I gave him mine, as well as some books on trees, grasses and butterflies. Sometime later, I helped with his exams.

Much later, we were able to buy the camp and, well, today, Kops is the head guide in the Duba concession! Ipolokeng Mokopi comes from the nearest community, so he always adds that unique flair. Dedication.

2. Empathy
I once watched as a guest got off a vehicle and his sleeve caught on something. Obie from Zarafa leaned in behind him and unhooked the errant sleeve without a show or asking for thanks.

Oaks, from Selinda Explorers, came across a drying waterhole in a community area, not one of ours, and asked for time off to manage this situation. Independently, he raised money and laid out feed for hundreds of elephants and hippos. Empathy.

3. Respect
Konee leapt in the air and came down hard. He’s a Maasai. His jump is almost twice his height! His leg snapped, and he was evacuated to a local hospital. As soon as the damage report came in, we moved him immediately to the best facility in Kenya. After multiple surgeries, they saved his leg. But when we recently saw him, he came with gifts – a beautifully beaded stick and rungu, and his four-year-old daughter had done a gorgeous and intricately beaded, indigo choker necklace for Beverly. Respect.

4. Compassion
A young rhino left his mother, wandered out and got stuck. The guides and Rhino monitors did everything they could to save him, even erecting a tent over him as he lay in the sun. When he finally died, Somalia had tears running down his cheeks. As he and I placed our hands on the little rhino’s flank to bid him farewell, I caught his Setswana, “I’m sorry we let you down.” Compassion.

5. Wisdom, not just knowledge
Kevin Sayala joined when he was a junior guide and is now head guide at Mara Plains.
Isaac is our head guide in Botswana and Zimbabwe.
Both are great guides, but I view them more like a part of my advisory board, and as we train the next generation, we mould them on that principle of wisdom, not just knowledge. It’s just not enough to identify a bird or name a red lechwe but to dig deeper and share wisdom about that animal in this place, Africa.

6. Being better versions of ourselves
This current period of time started a year ago, and immediately we called for volunteers in our guiding ranks to transition to ranger or monitoring duties as frontline conservationists. I had more volunteers in a few days than we needed, and not once did I hear a call about salaries, increases, danger pay or special compensation. This led to us establishing Project Ranger, and the video is about our guides working under that banner. 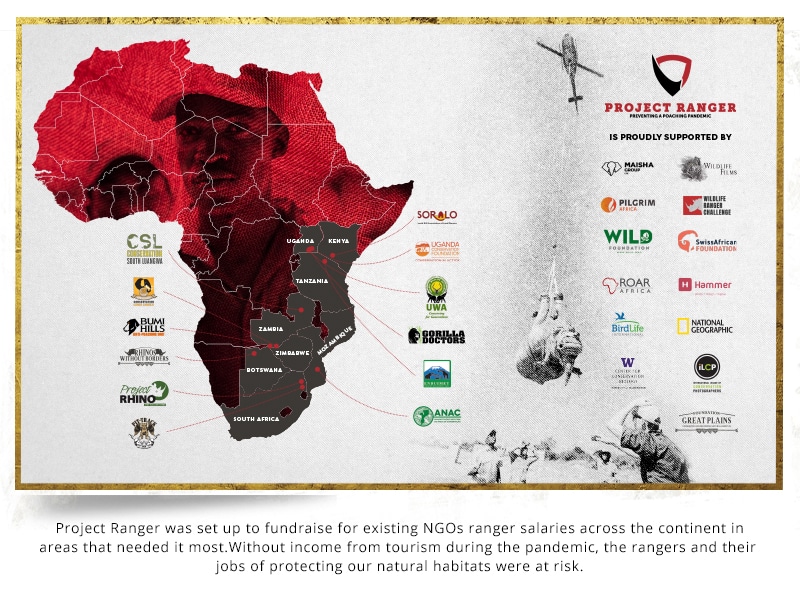 Ironically all of these values our guides display are ones we don’t learn from books but from my personal mentors: elephants, who embody everything we most like about ourselves and leave everything we dislike about the human race.

When you travel, you touch many people’s lives – the staff, local communities, the countries you leave your valuable tourism revenues with. As highlighted today, you stay also touches those Great Plains guides, taught in ‘The way of the Elephants’, who are chosen for these qualities and attributes.

On behalf of all our guides, I want to pass on what they told me when I was visiting our Kenyan camps recently and hear all the time:

“Don’t forget about us. We want to welcome you back as soon as you can come home! Karibu.” 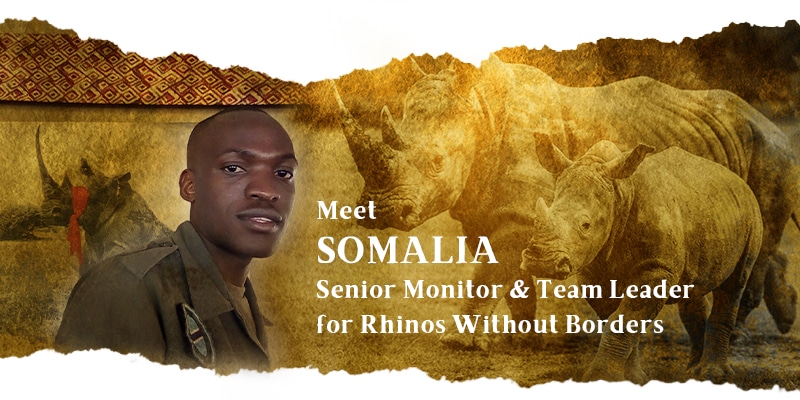 Somalia is a critical part of Rhinos Without Borders as the senior rhino monitor and team leader, leading the team on the ground patrols. He is incredibly passionate about conserving our wildlife and spends his time outside of work sharing his knowledge with the youth, the future of tomorrow, on the importance of conservation.

Hi Somalia, what is your role at Rhinos Without Borders?
I run the monitoring team that takes care of the day-to-day life of the rhinos. In other words, I’m the father and mother of the rhinos. It’s a great achievement, especially with a history of rhinos in Botswana, to be part of the team that reintroduces them back to the wild. It gives me a big role to make sure that the past stays in the past.

Did you grow up knowing you wanted to work in wildlife protection? Or was there a specific moment in your life where you made the change?
At first, I hadn’t thought of conserving or protecting the wildlife, this came after I finished my management course, where it came like the conflict in my mind whether to protect the wildlife or to be a manager, but then came the question – what am I going to manage if the animals are not there – that’s when I chose to protect them for the future. 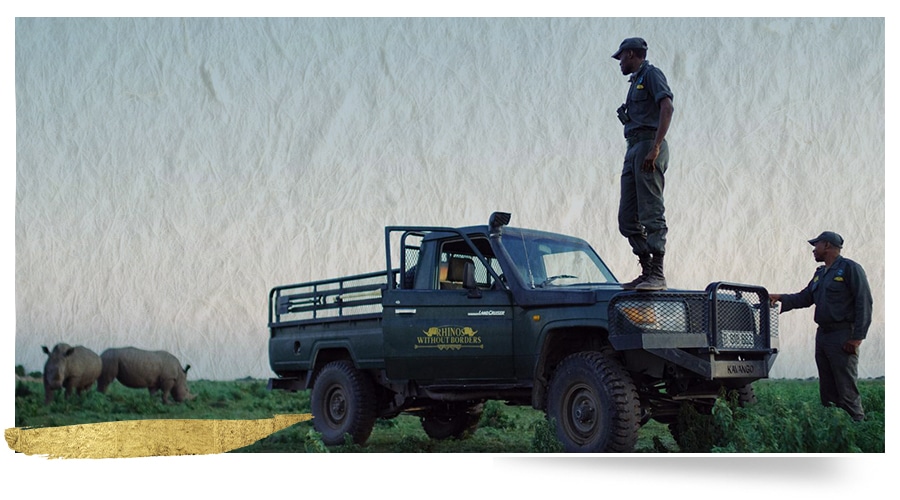 What is your favourite part of working in the bush? Are there any animals you are nervous about coming across in the bush?
My favourite part of it is the animal and birds calls and learning about the animals. I take them as my family as I live with them, so I like to learn how they behave when they are happy and unhappy and what might cause that change in mood. Remember, animals are not our enemy. We human being make it to feel like the enemy.

To me, animals are not a threat. If you treat them gently, they give you all the respect you deserve. So that makes me have a close relationship with all and a free mind of danger from them.

Do you have any hobbies or things you like to do when you are not at work?
During off time, I like to teach more about the importance of conserving wildlife and living with them to avoid conflict with them. It is our heritage. If we care for them, they will care for us also. The youth are the future of tomorrow, so during my spare time, I wish to give the youth more knowledge about conservation as they are the most targeted by the poachers to destroy their own beauty, so it is my dream to uplift the youth from that.

Remember being a ranger is a big sacrifice for yourself, your family, your community, your country, and worldwide. It needs a strong man with a strong heart to do it, a heart with faith. Remember, we are the eyes and ears of the wildlife. Let’s give them hope for a long life. Together we can make it. 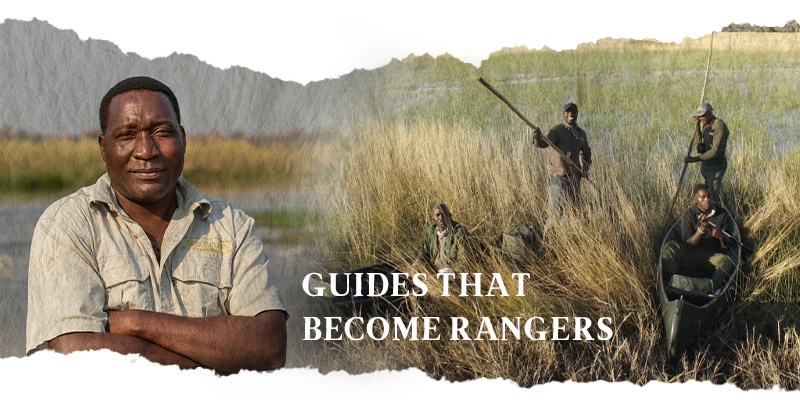 Our guides are not just guides; they are dedicated conservationists.

In every member of the Great Plains Conservation team, there is a common passion for conservation, to conserve and protect our wild spaces. At Great Plains, our safari guides are not just guides. They are passionate conservationists.

As Covid-19 started to unfold globally, our CEO Dereck Joubert predicted tourism closing and the repercussions on the ground this would have with poaching and other challenges. Dereck reached out to our guides, inviting them to adapt their roles and support the Rhinos Without Borders rangers while the camps were empty of tourists. There was no hand left unraised with the guides’ passion and enthusiasm to protect their home and learn more about conservation.

The daily work of the rangers included patrols to cover the area and report back any concerns. Through these patrols, the guides further understood the importance of rangers’ work for the safari industry to operate. A new level of understanding and respect arose. These guides assisted with monitoring the Great Plains Conservation concessions and wider areas, believing that we are all together to protect our natural wild spaces by being a presence in the areas.

A few team members who have been out on patrol in the bush with remarkable strength and dedication shared some quotes for us: 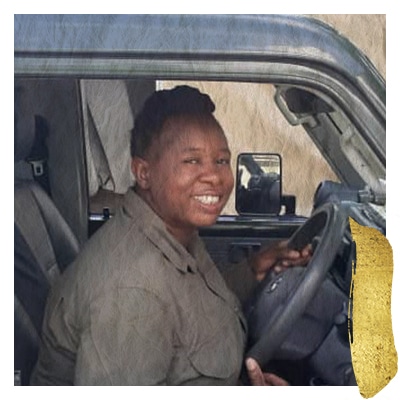 Oratile Beula ‘Rati’ –
Selinda Explorers guide
I’m currently out monitoring wild animals, including rhinos. I find it lovely because it is done in the wilderness where my heart belongs… Of course, currently, I miss being with guests, but fortunately enough, I have the wilderness, wild animals and a land cruiser to keep my heart pumping butterflies. I have high hopes that guests will find me more knowledgable now with what I experienced during this time. I’m doing it for the love of wildlife. 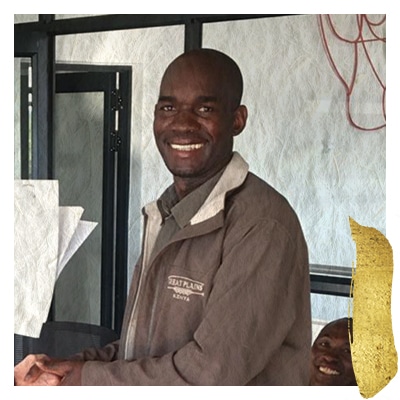 Kebonyemodisa Mosepele ‘KB’ –
Duba Plains guide
I have learnt a lot from the RWB rangers, and my mind has been opened. There was a great transferring of knowledge between the guides and rangers. I helped them understand animal behaviours, such as looking at a herd of impala and interpreting their behaviour, educating on mock charges and especially the behaviour of elephants. The rangers taught me a lot about conservation, which I can now discuss with guests and educate them on the topic.

“I have worked in the industry for a very long time, and I have never been as inspired as I am by this teams attitude and passion. Their dedication and commitment to protecting the environment makes me incredibly proud. It is what we stand for at Great Plains, and it is powerful to see each individual doing their part.” – Isaac Seredile, Guide Manager at Great Plains