Keep the Dream Alive with part 2 of Okavango: Limbo 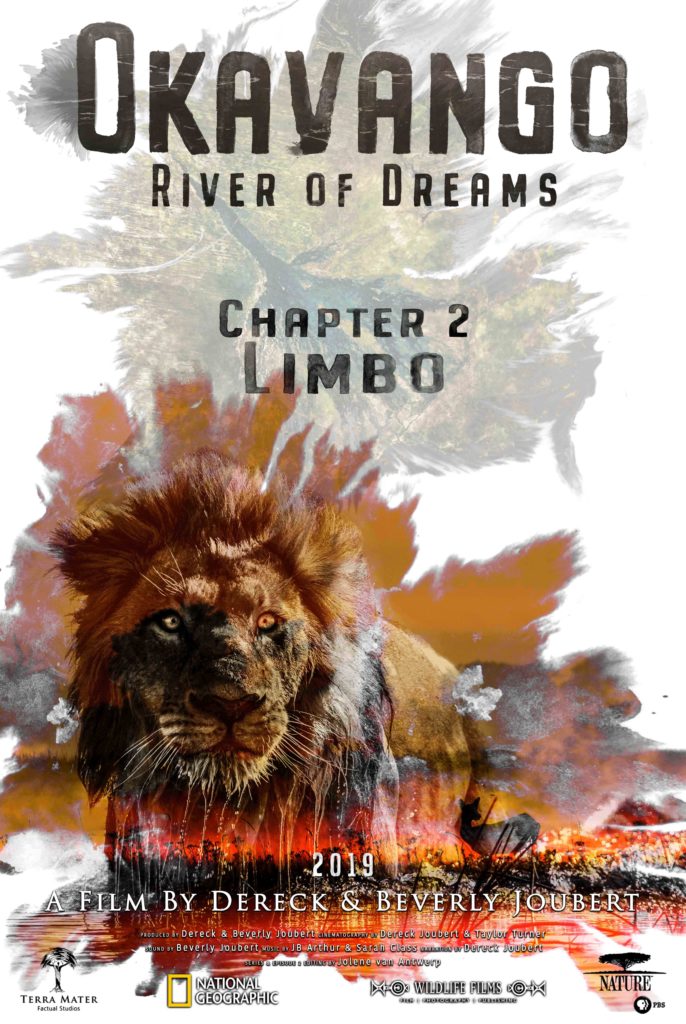 Last week, I wrote about our dramatic journey while filming Okavango, and being based at Duba Plains Camp in Botswana.

Those who downloaded a copy of Chapter 1 will not have missed the irony, or the fact, that Fekeetsa, one of the lionesses, who we were following for the film sustained almost identical injuries to those of Beverly. It very nearly killed them both.

So, I am struck by the resilience of women in general and these two in particular. It is why via our Great Plains Foundation we have a program called Second Chances where we support women, like the Solar Mammas who just returned from a 6 month course in India.

The second chapter of our Dante-inspired natural history series is called “Limbo”.

As I was researching rivers, I came across a paper that described where a certain river is male or female. The Okavango, because of its shape, is definitely female and in particular in its second phase here. To Woman!

Enjoy an evening viewing part 2 of our of Okavango: River of Dreams. This is “Limbo.”

Keep the Dream Alive and enjoy your continued virtual safari with us.