Kenya – More than the Migration

The world famous wildebeest migration is one of the most stunning and well-known natural phenomena in the world and each year draws thousands of travellers to the Maasai Mara (home to three Great Plains properties Mara Expedition Camp, Mara Plains Camp and Mara Nyika). Linked to annual rainfall patterns and the growth of new grass, this remarkable migration of hundreds of thousands of wildebeest moves through Kenya’s Maasai Mara between roughly July and October. This is the same period that overlaps with school summer holidays in the Northern Hemisphere and this can make for a busy few months!

While catching a glimpse of the thundering herds as they cross the Mara River is without a doubt a memorable experience, Kenya is an exceptional year round destination and the quieter season, between November and May, offers its own unique treasures.

Here are just a few reasons to consider Kenya outside the migration:

Kenya does activities better than almost any other safari destination. From camel-back safaris to scuba diving, Kenya offers a huge range of activities in addition to wildlife drives and Great Plains Conservation properties are no exception. Ol Donyo Lodge, in the foothills of the Chyulu Hills offers hiking, mountain biking, horseback riding, exploring through lava tubes, visits to local Maasai communities and Amboseli National Park. For the most part these activities are offered year round meaning there will never be a shortage of things to do and adventures to seek out during your safari no matter when you travel. 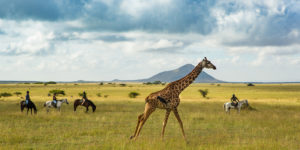 While you might miss capturing a photo of a migration river crossing, by traveling at a quieter time of year what you won’t miss are potentially hundreds of other people trying to capture that same image! While Great Plains Conservation’s properties in the private conservancies bordering the Maasai Mara, all offer year round access to exclusive traversing areas, the full experience of the migration does require spending some time with the crowds in the main reserve.  If you want to avoid it all, travel between November and May and have the Maasai Mara and Kenya’s other iconic regions all to yourself. 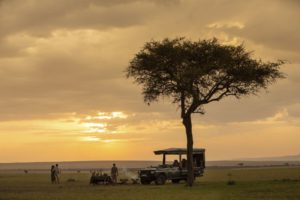 The rains in Kenya are divided into the short rains in around November/December and the long rains in April/May. The rain, which often falls for a few minutes to a few hours a time rather than all day, transforms the land into a lush paradise. Flowers blossom and life all around is reborn, with frogs breeding in pools of water, migratory birds arriving and dung beetles emerging. Grazing species taking advantage of the abundant food and water to give birth to a multitude of babies. This is great news for predators and can make for dramatic wildlife sightings and photographic opportunities. The drama of new life and the predators who take advantage of the situation rivals any sightings from the high season. 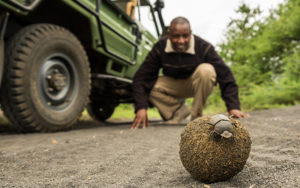 The season between the long and short rains, the period from January to March, is actually considered by some safari veterans to be the best time to travel to Kenya. It is a time of clear skies and plentiful game, when the short-grass animals congregate around the remaining permanent waterholes (like the one directly in front of ol Donyo Lodge!) 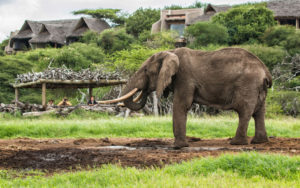 While birds and grazing species migrate, predators do not. Big cats in particular including lions, leopards and cheetah have territories that they patrol and defend. They remain in those territories year-round so no matter what time of year you visit the predators will be there! 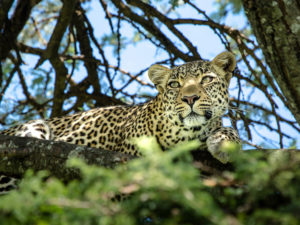 Perhaps the biggest secret on this whole list is that you don’t need to travel between July and October to witness a migration in the Maasai Mara! The lesser known “Loita” or northern migration is a wildebeest and zebra migration that moves east to west through the Naboisho, Olare Motorogi and Mara North Conservancies (exactly where our camps are located!) between January and March. The resident predators are more than happy to take advantage of the situation and you will be there to take it all in without the crowds. 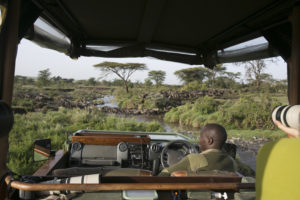 In addition to fewer people, amazing wildlife and stunning scenery, the green and shoulder seasons in Kenya offers exceptional savings. Rates are lower, supplements for single travellers are waived and there are Stay 4 – Pay 3 specials at ol Donyo Lodge, Mara Plains Camp and Mara Expedition Camp.

So consider Kenya’s Secret Season! First-time safari goers won’t be disappointed with the wildlife experience between November and May, seasoned safari enthusiasts will be thrilled with having wide open spaces all to themselves and everyone can find an exceptional savings.