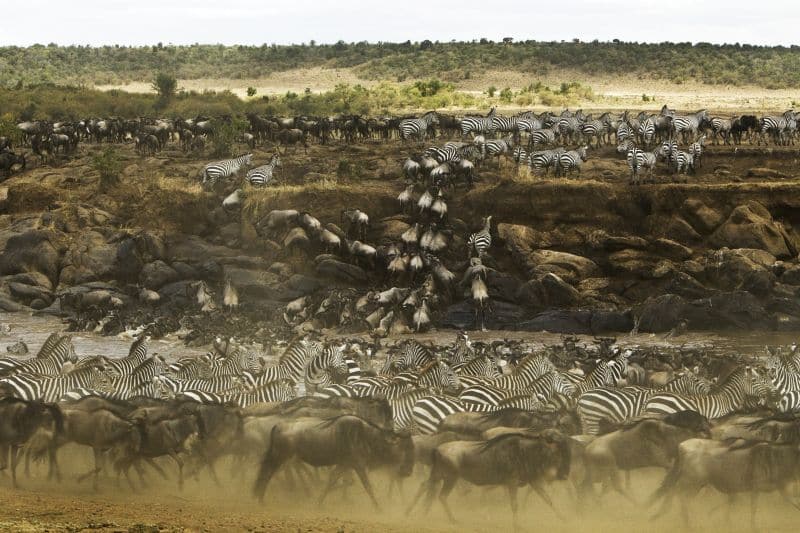 “Look at the world around you. It may seem like an immovable, implacable place. It is not. With the slightest push—in just the right place—it can be tipped.” – Malcolm Gladwell

A hurricane of hoof and horn

You might have heard of the so-called “Butterfly Effect” – a suggestion that should a single butterfly flap its wings on one side of the world, it has the power to set off a string of escalating events that can lead to the formation of a hurricane on the opposite side. The Great Migration, an event that could be likened to a hurricane of hoof and horn, has been brought about by events that occurred some 25 million years ago.

The Great Rift Valley is a series of faults in the Earth’s crust, approximately 6000 kilometres long, it extends from Lebanon to Mozambique and is caused by the splitting of the African tectonic plate. The resultant seismic activity and volcanism have given rise to numerous volcanic mountains such as Mount Kilimanjaro and Mount Kenya. 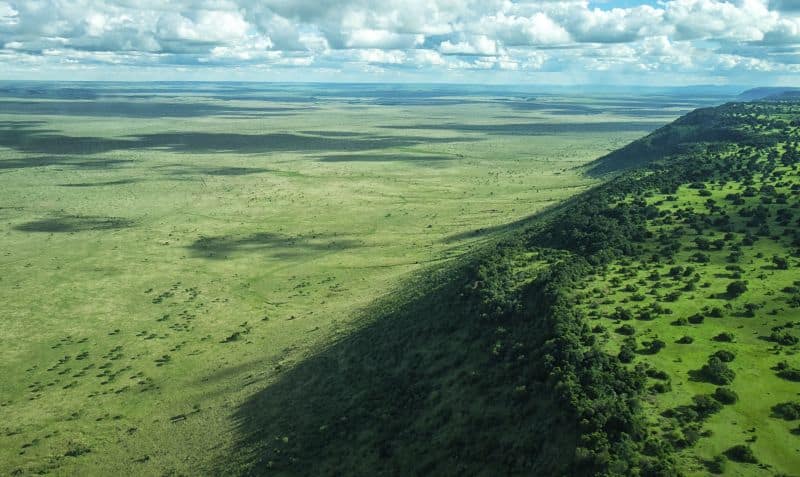 When mineral-rich volcanic ash mixes with soils, the end product contains nutrients such as phosphates, nitrates, potassium, sodium and calcium, all of which are needed for the healthy growth of plants and this volcanic soil is the basis of the Maasai Mara and Serengeti grasslands. 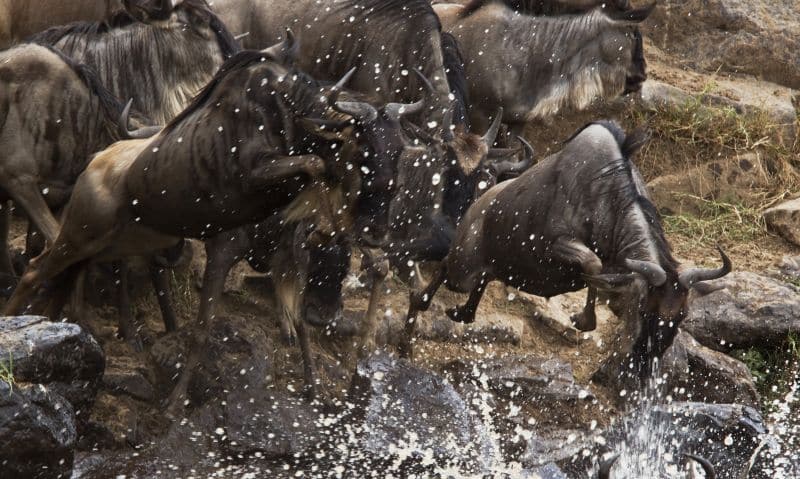 …and spans 40,000 square kilometres and taking in the Serengeti National Park and Maasai Mara National Reserve in East Africa. The Serengeti National Park eco-system is the oldest on the planet. It boasts a diversity of flora and fauna that is unavailable anywhere else on the globe with wildlife more numerous and more diverse than any other region of the world. A veritable smorgasbord of delectable grasses and leaves provide both the motivation and the fuel for the greatest show on earth.

It is estimated that almost 1.5 million tons of grass are consumed each and every year of the Great Wildebeest Migration and with the generosity of nature, this is returned to the earth in the form of dung. This dung is added to the mineral-rich soil of the Serengeti, mixed into the earth by countless hooves and watered by the annual rains. The result is up to 200 different types of grass that all fulfill different roles. 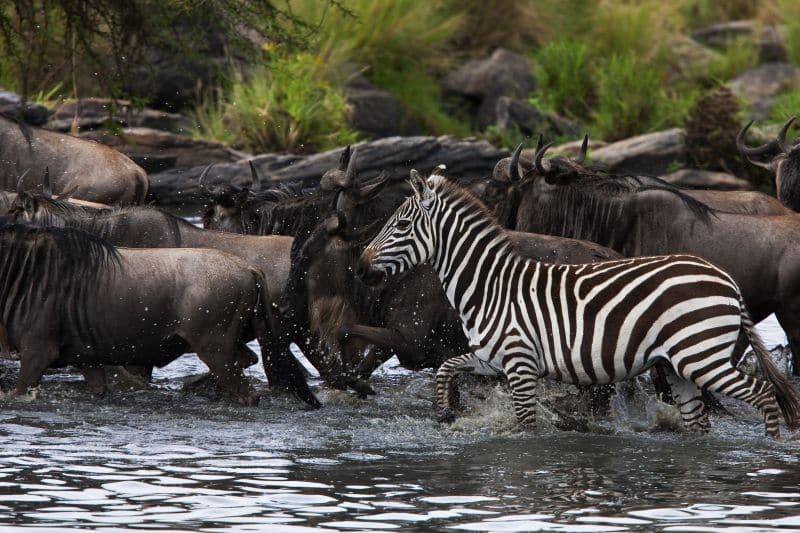 There are short, medium-length and tall grasses and the wildlife of the Serengeti has evolved to take advantage of the differences. The reason why Thomson’s gazelle, zebra and wildebeest graze in harmony is that they each eat different parts of the same grass. The gazelles prefer the youngest grass shoots while the zebras graze on the slightly longer grass. The wildebeest tackle even longer grass which then allows the gazelles to get to the shorter and younger blades.

The annual movement of wildebeest and other grazing herbivores across the Serengeti-Mara ecosystem is one of the greatest spectacles in the natural world. Originating on Tanzania’s short-grass plains in the south-eastern Serengeti, the dwindling of the available grass is the impetus for this primal trek. The horizon fills with 1.5 million wildebeest, 200 000 zebra, 18 000 elands and 500 000 Thompson’s gazelle who make the roughly 1000 kilometres long circuit from the Serengeti National Park in Tanzania to the Maasai Mara reserve in Kenya and eventually back again. 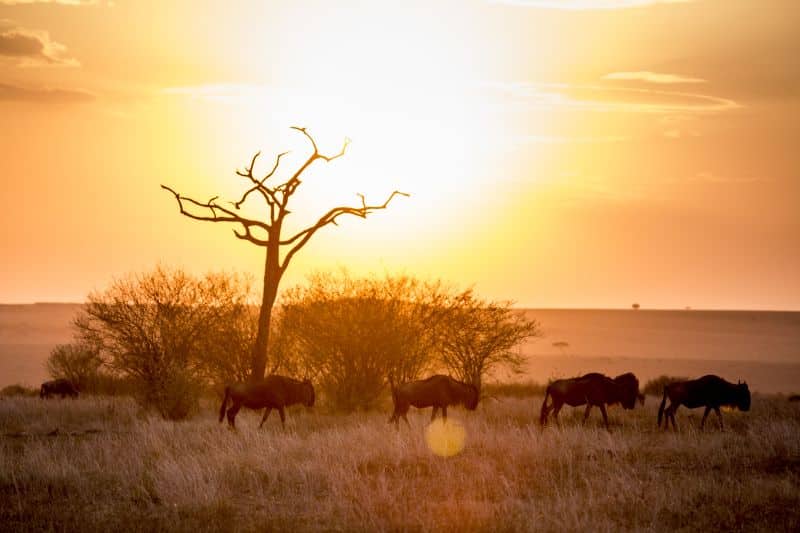 The circle of life

The herds are under continual threat from predators like lions, leopards, cheetahs, hyenas, jackals and crocodiles. Their deaths sustain these predators directly, but interestingly there is a more indirect way in which they complete the circle of life.

A crowd is a dangerous place, and a herd of wildebeest is a mass of shoving and jostling animals under the control of herd instinct. When one wildebeest takes that wild leap into the crocodile-infested rivers the others follow in an unstoppable wave. Beware the animal that stumbles as there is no stopping the rest of the herd. Many wildebeest die from drowning, sometimes from the crush of their fellow travellers and sometimes simply because the river is flowing too quickly. 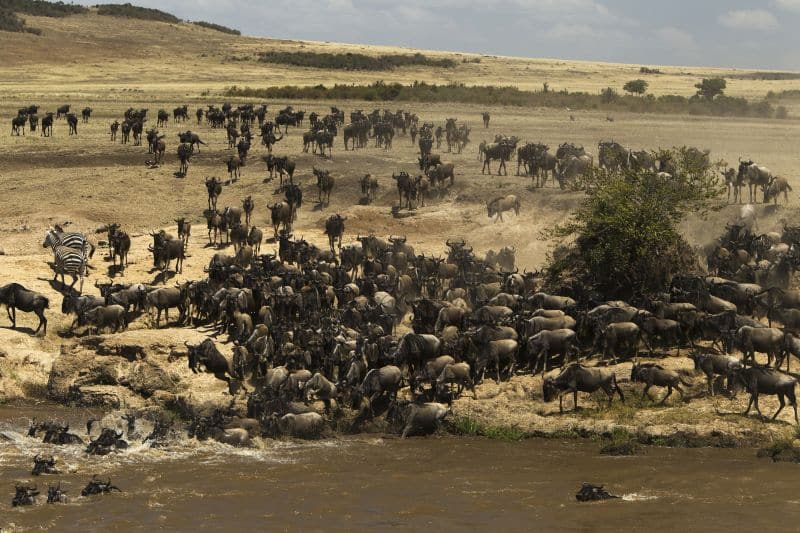 The bodies pile up, the carcasses of the dead become sustenance for crocodiles, vultures and marabou storks. Hyenas feast on the windfall. The bodies decompose and insects lay eggs inside them, creating food for mongooses and ibis. The river fish eat their fill.

Everything is as it should be, as it has been for millions of years.

A decade-long study by scientist Dr Amanda Subalusky, who is studying the influence of large wildlife on ecosystem processes in the Mara River, reveals that 6250 carcasses, equivalent to 1100 tonnes of biomass enter the Mara River every year. Dr Subalusky and her team observed four out of the 12 sites along the river where the drowning occurs. Her study broke down the mineral composition of the carcasses showing how they provide nutrients for the fish, the animals and the aquatic life. 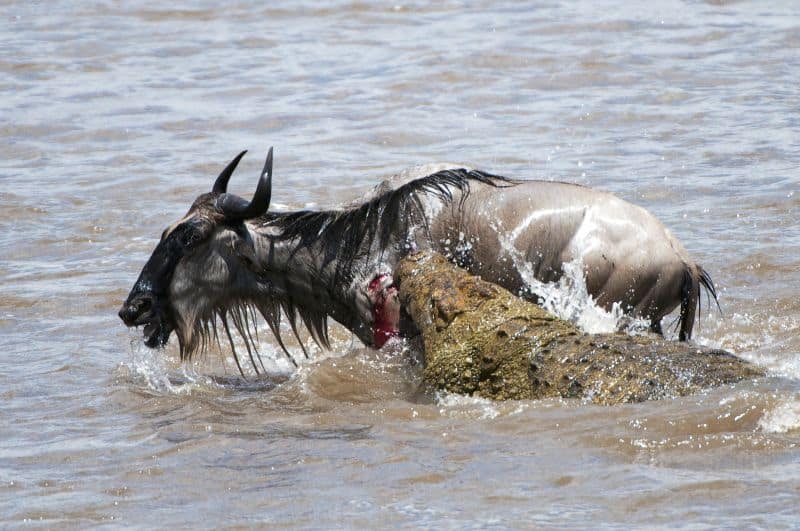 The minerals of the Earth are released via volcanic action, the energy of the sun is captured by the grasses and trees and all of these nutrients are harvested and eventually returned to the Earth by the living breathing beings that are her guests.

And all around them the butterflies flitter and flutter. Seemingly unaware and innocent. 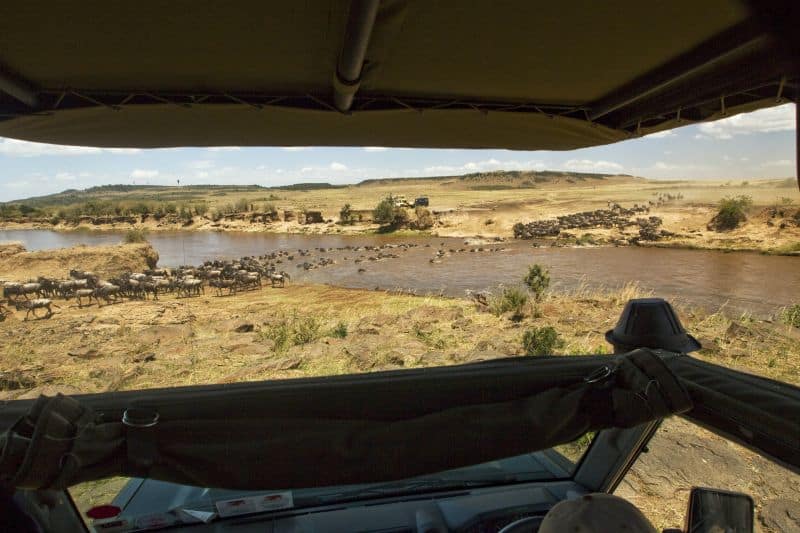 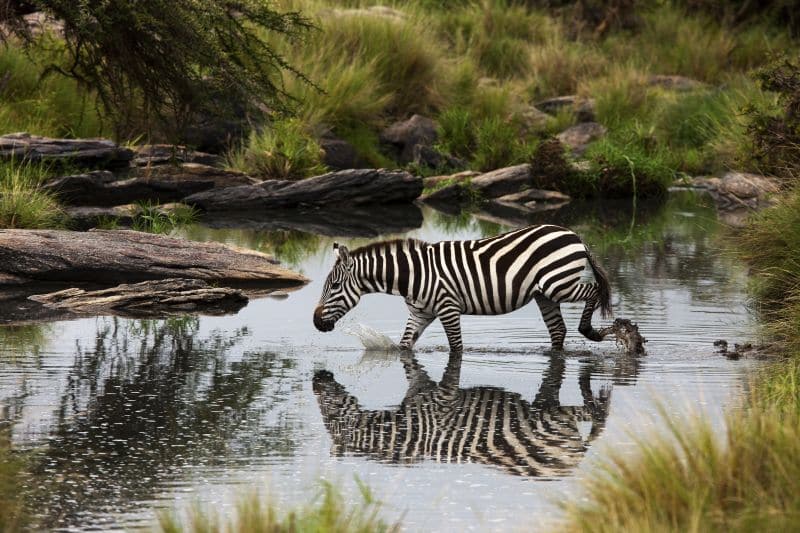