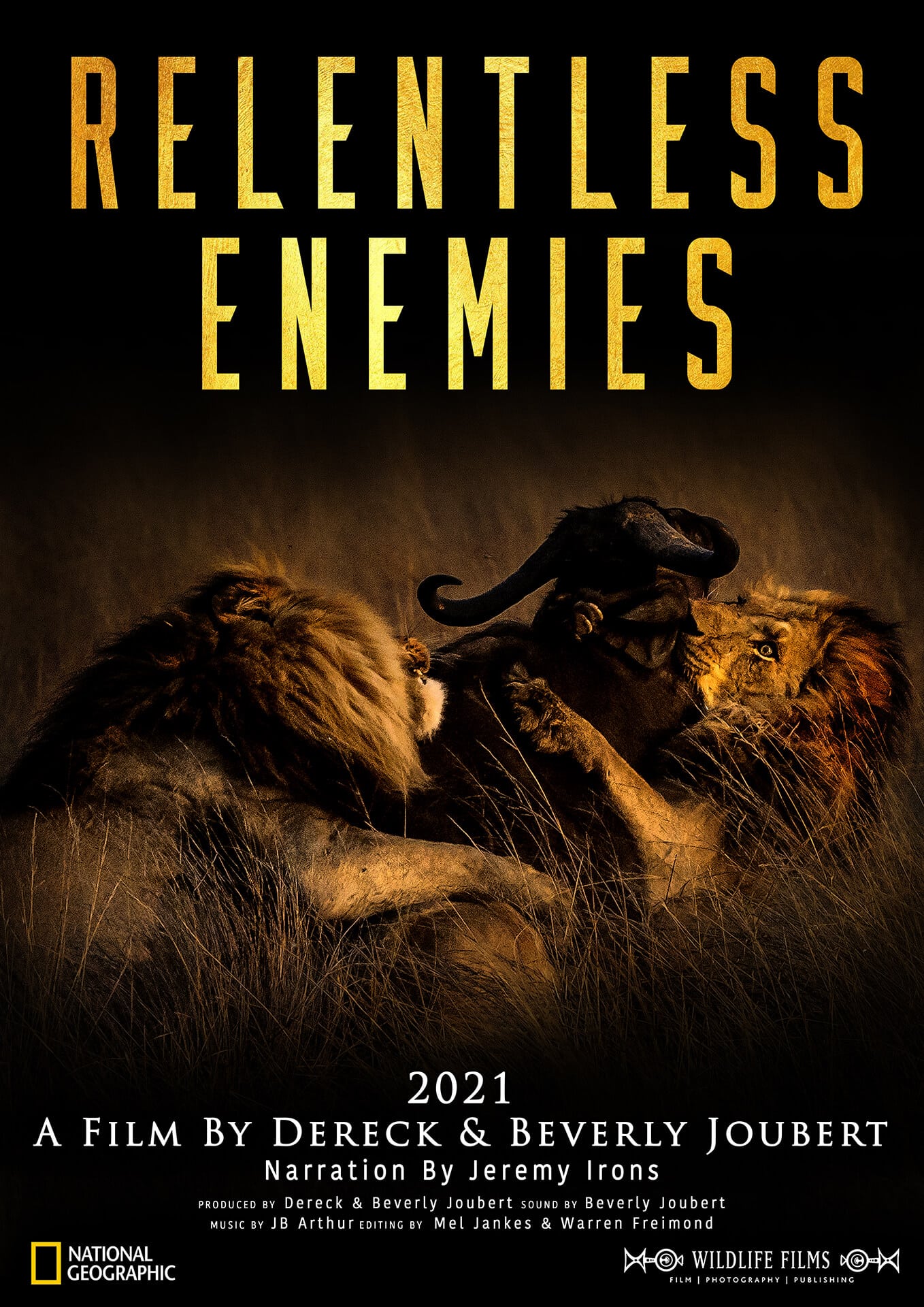 As the third part in the Enemies series for the Jouberts, Relentless Enemies comes from Dereck and Beverly Joubert’s home base Botswana’s Duba Plains. A relatively small island in the Okavango has the most extraordinary set of conditions where the Okavango Delta’s floodwaters and rivers confine the buffalo herd of over 1,200. This forces them to move around and through 3 lion territories.

We follow the Tsaro pride in this film, eight extremely large hunting females and two males as they slowly develop such a familiarity with buffalo that they follow them day and night, relentlessly hunting into the same herd every single day.

The buffalo at first ‘bounce’ or charge off to the far end of the island, but that puts them into a second pride’s territory, the Skimmer Pride, and right into the waiting jaws of death, again. In time, the buffalo develop a second technique, to stand around as close as possible to the carcass of the day’s kill and protect themselves from a second attack. Next, they adapted by gathering tightly together during the night and sleeping until way into the morning and the midday heat, with horns facing out, creating a protective wall against the lions. The film shows each of these strategies as they develop and how the lions adapt to each scenario.

The lions in Duba Plains are about 15% larger than any others that Dereck and Beverly Joubert have studied in over 40 years in the field. This is because they hunt for many hours each day in the water. Swimming and wading in the cool water give these relatively small-hearted predators the energy to carry on for extended periods, and this exercise makes them huge. Large pectoral muscles and upper bodies make them extreme. They make the best use of that strength to systematically collapse some of the strongest and most dangerous prey in Africa. 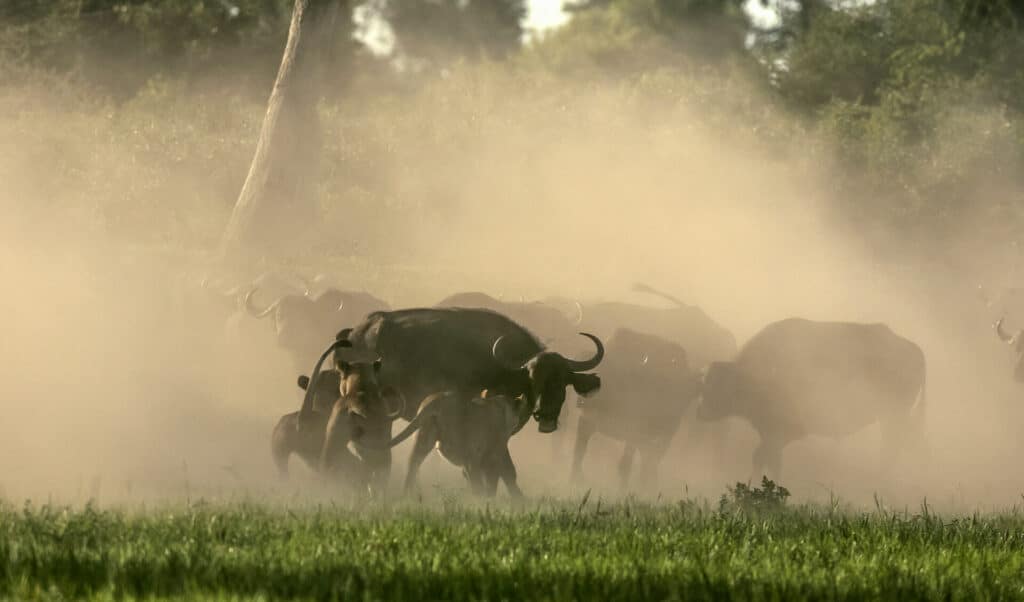 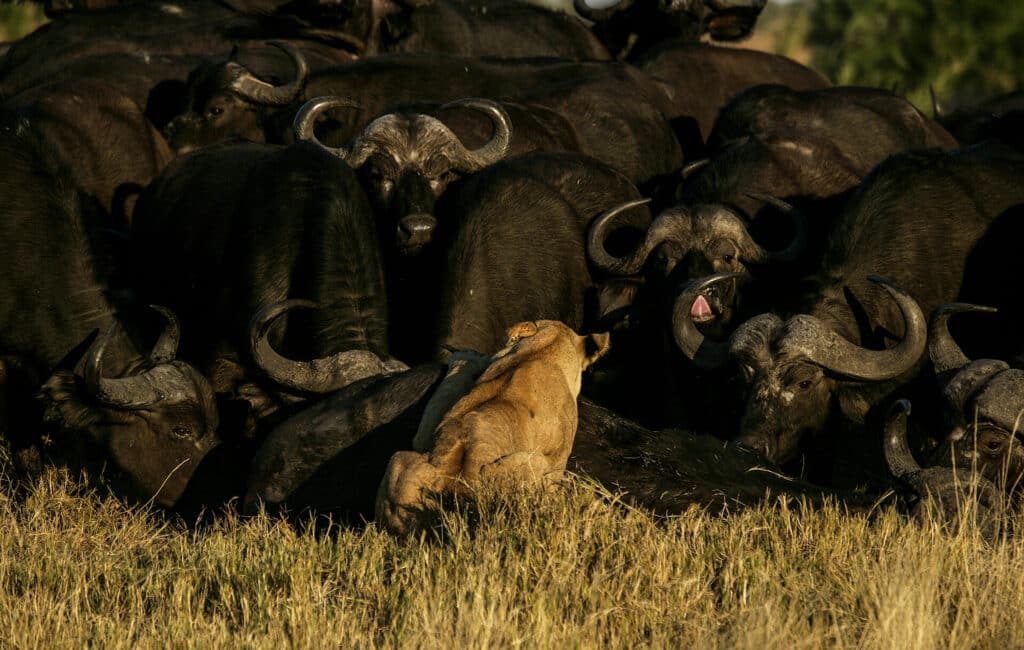 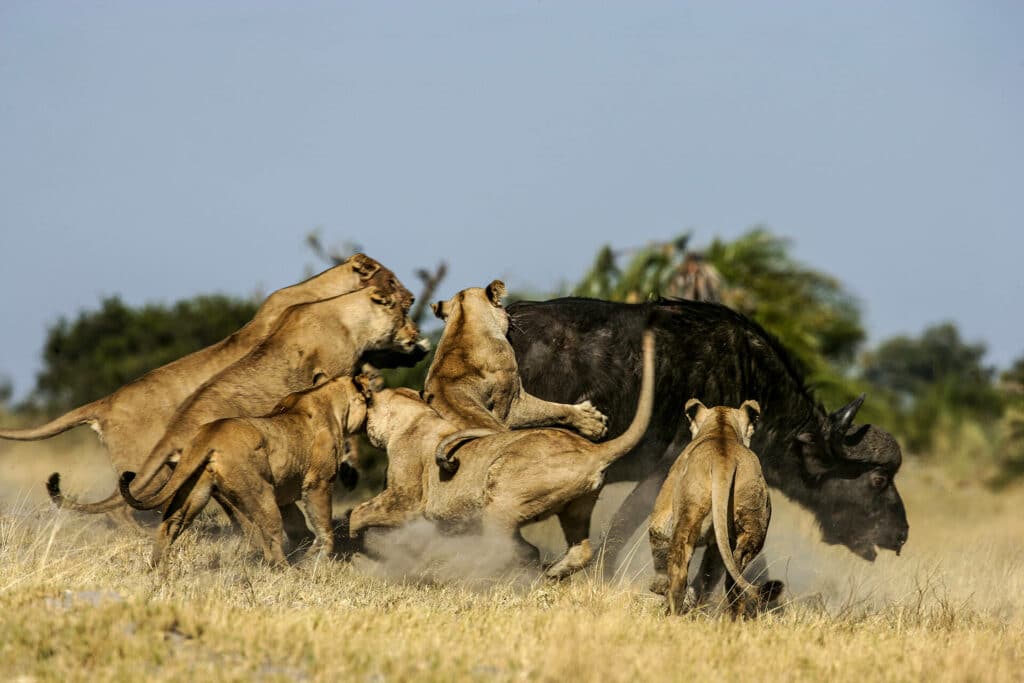 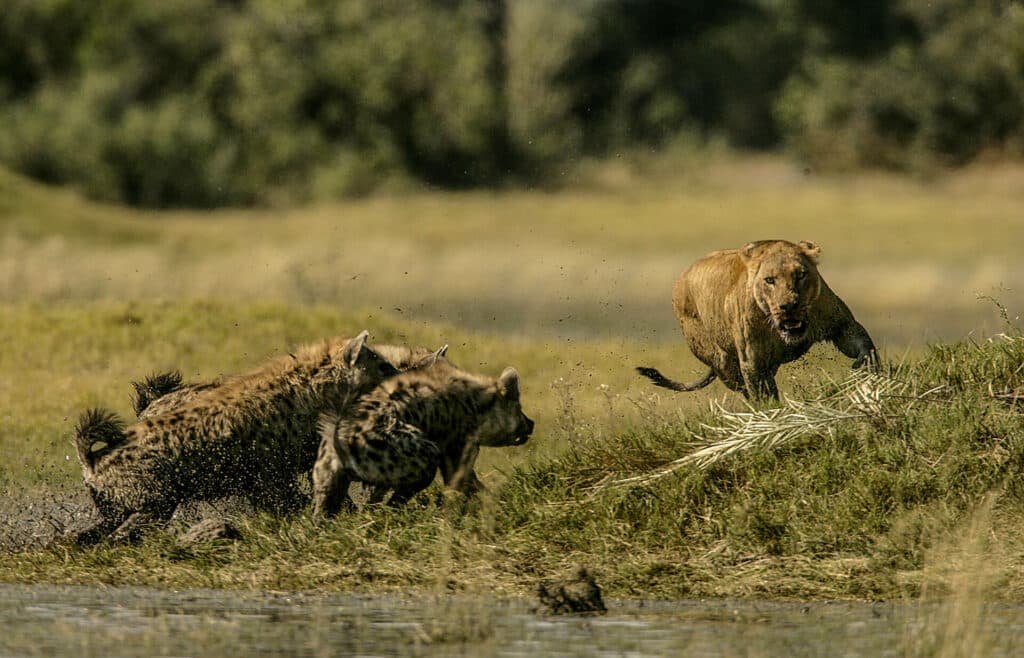 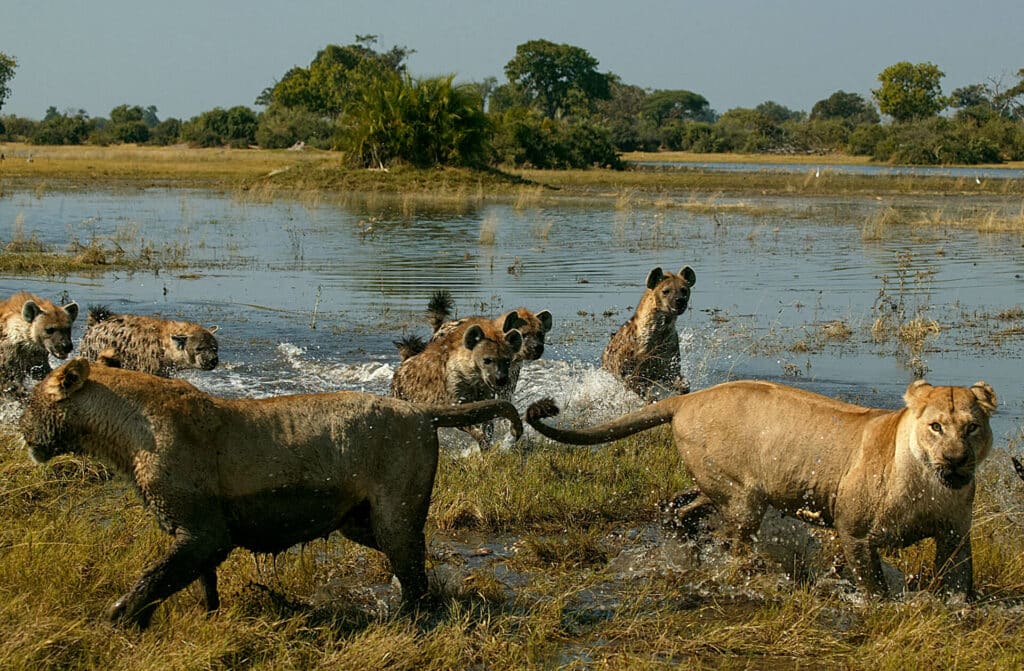 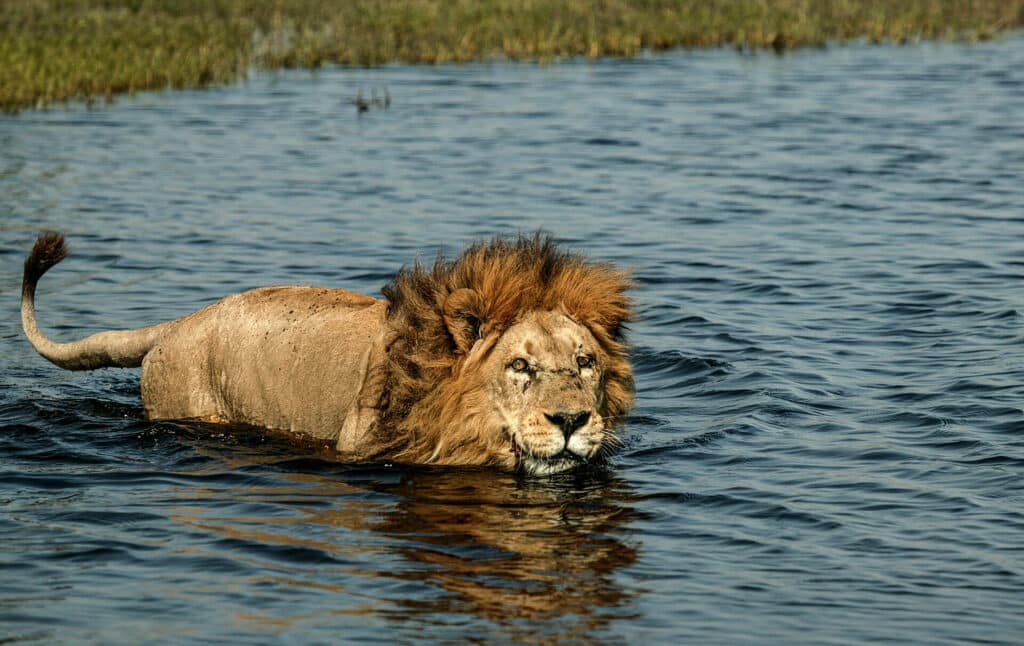 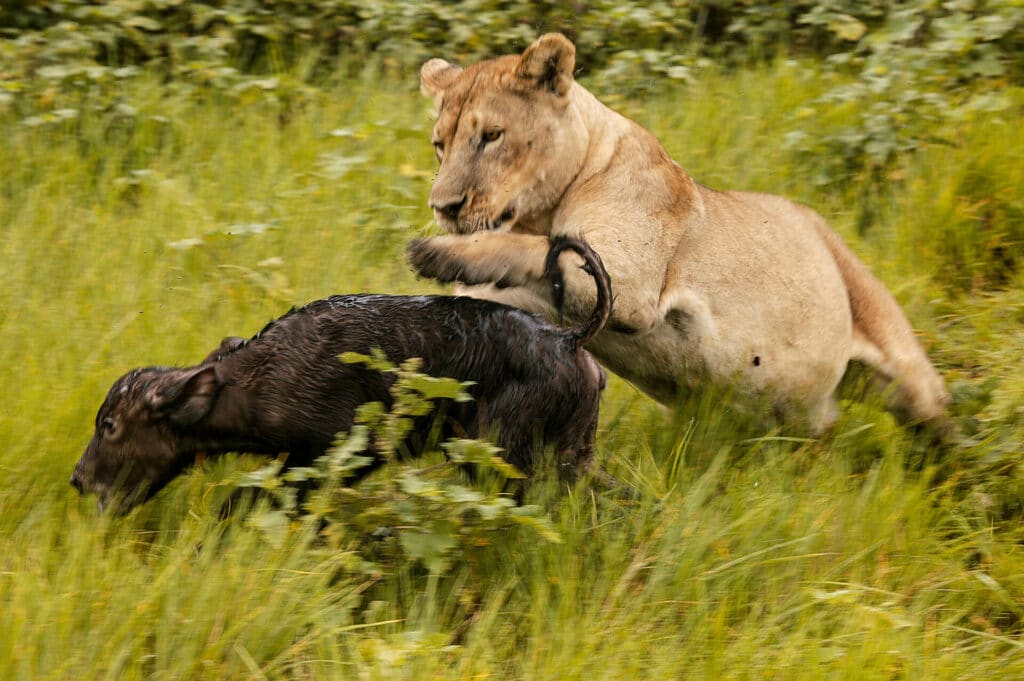 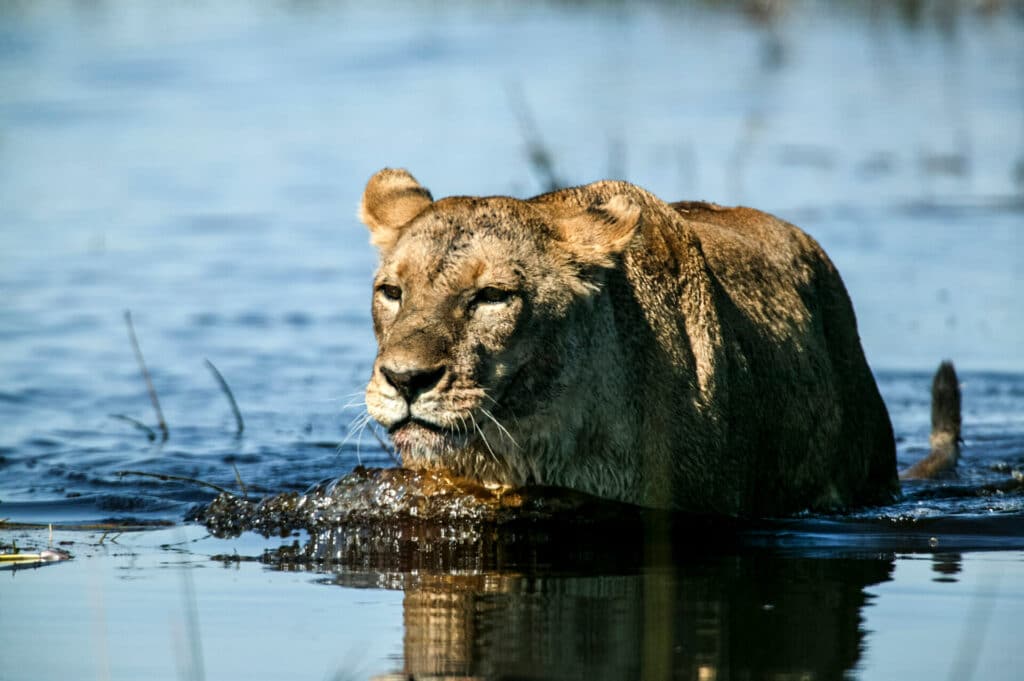 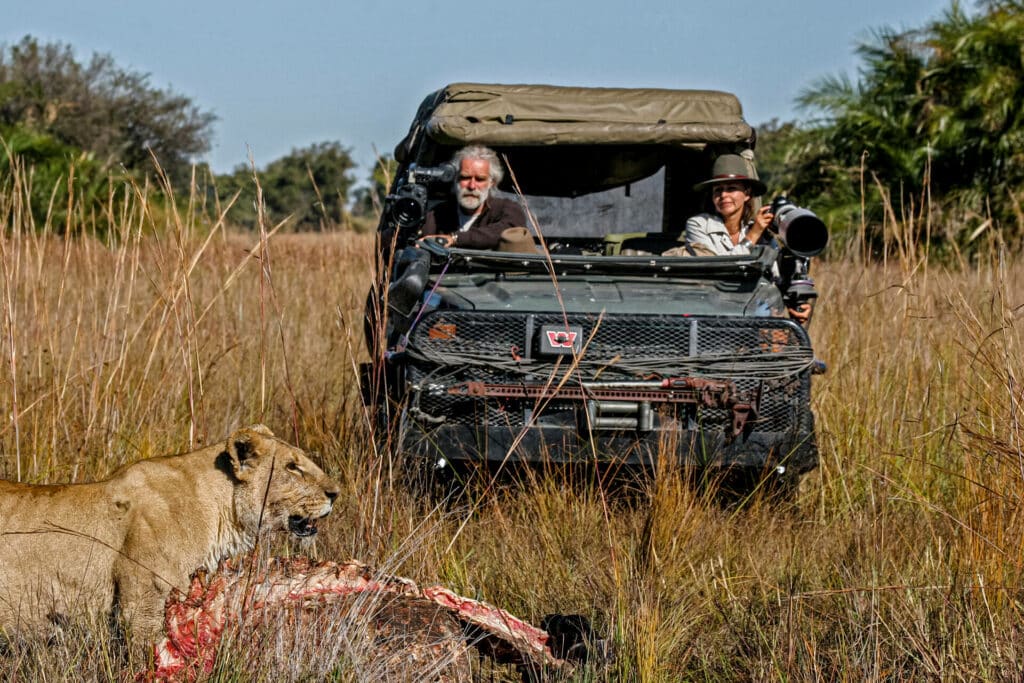 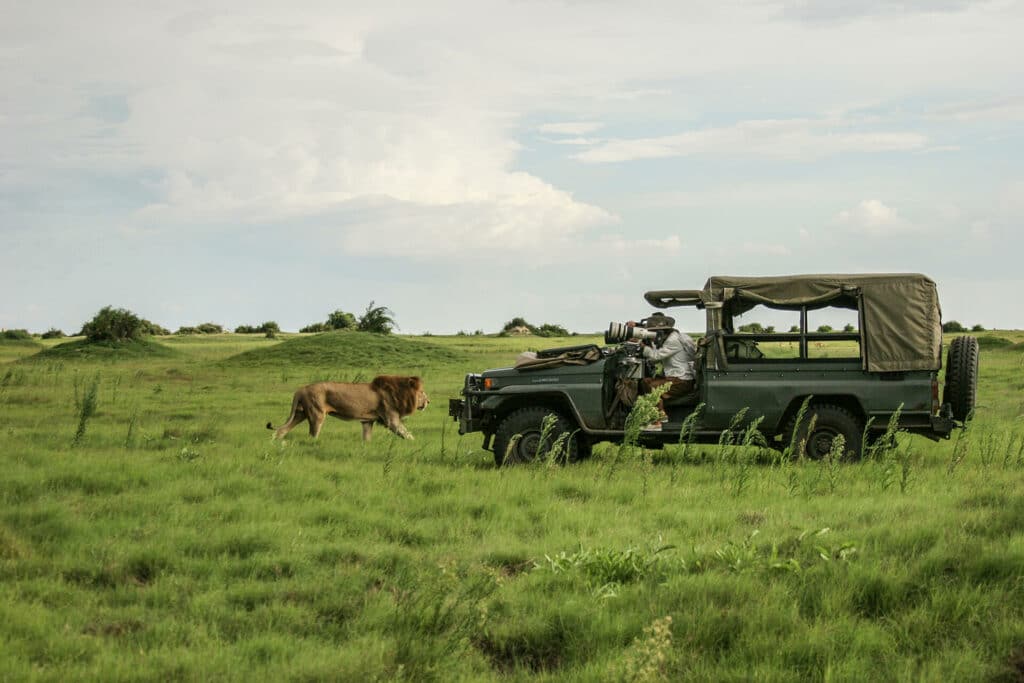 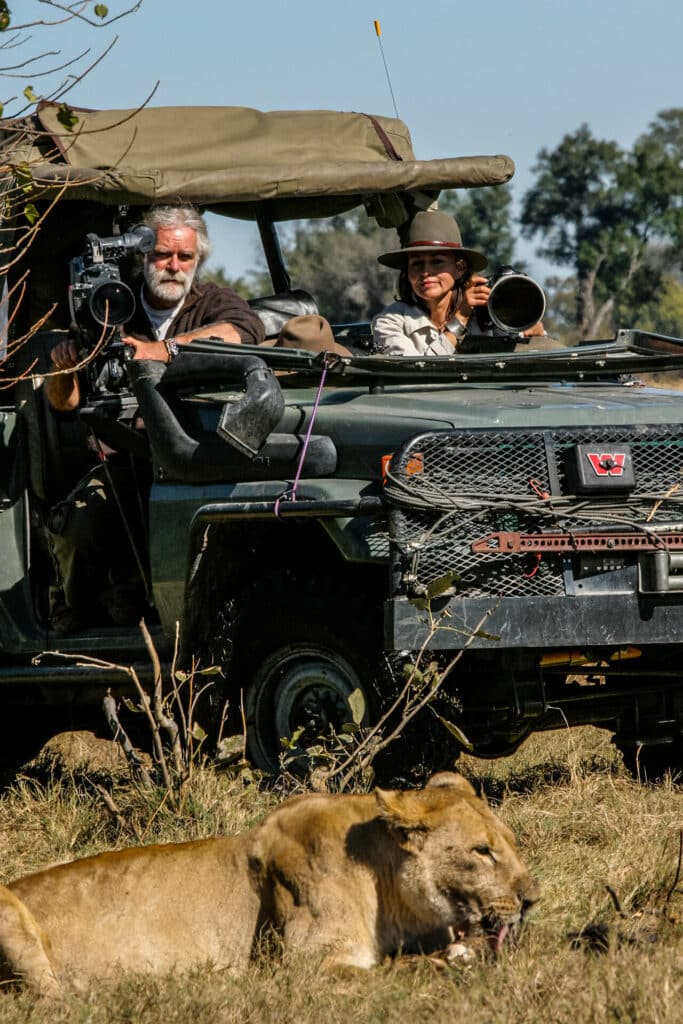 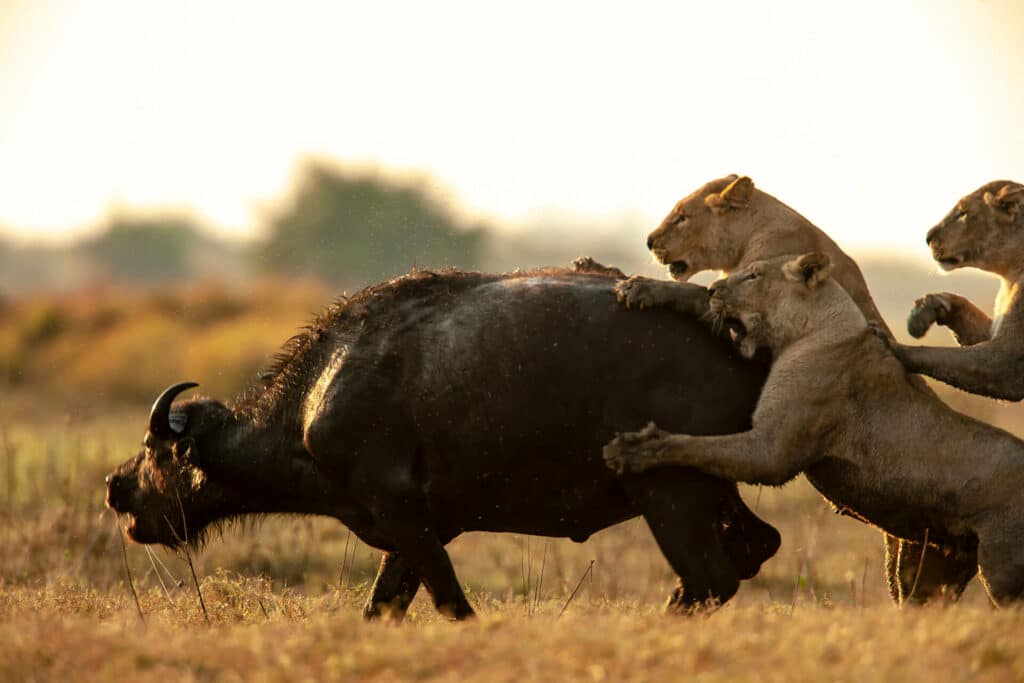