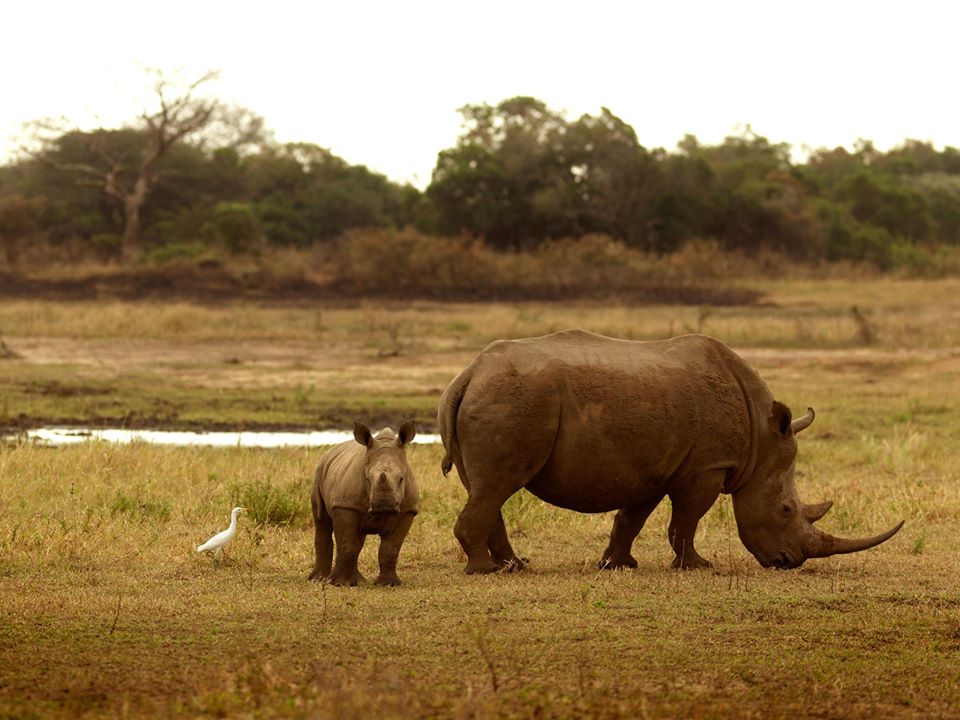 The power of collaborative conservation

This Rhinos Without Borders Update starts with the Chiefs of six remote villages from Botswana Okavango Community Trust seeing rhinos for the first time in their lives. They couldn’t believe how calm the rhinos were, having only heard tales of the animals’ ferocity and dangerous nature.

But there lay three rhinos, in the shade of a tree. Three hefty, healthy and peaceful rhinos that now called Botswana home, after being relocated through the Rhinos Without Borders project from poaching hotspots in South Africa.

The Chiefs were thrilled and amazed at the sight, after Rhinos Without Borders Head Ranger, Poster, took them out to track the rhinos using the state-of-the-art technology used to keep these rhinos safe and monitored at all times. 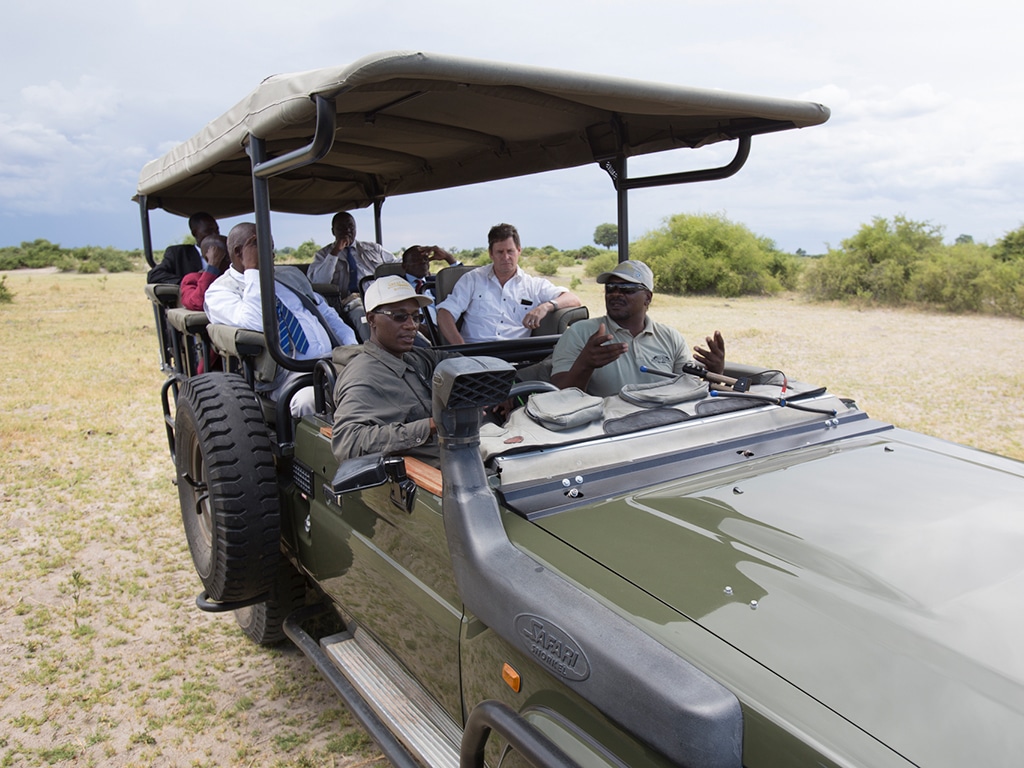 Flashbacks: In 2019, Great Plains Foundation and the Okavango Community Trust invited the chiefs of six remote villages in northern Botswana to come and see some of the rhinos that have been reintroduced to Botswana. 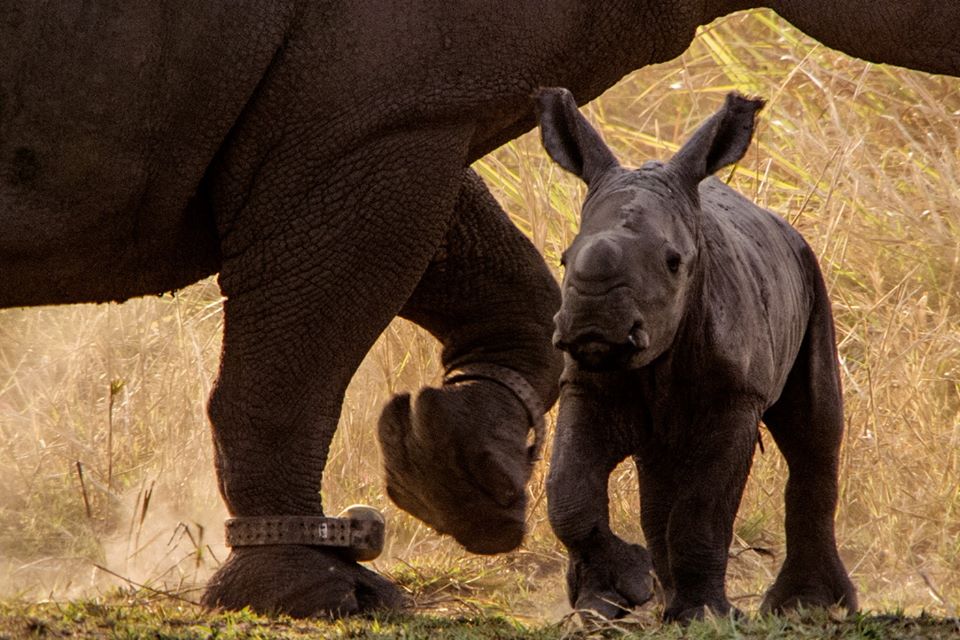 In this remote northern part of Botswana, many people living in the local villages, right next to wildlife concessions, have never seen a rhino before. Poaching wiped out rhino populations in Botswana in the 1980s. In the early 1990s, there were only 19 white rhinos left and black rhinos were locally extinct. For many in Botswana back then, a rhino was simply a word, a forbidden fruit, a threat. Not an animal with a heart and nerves and grief. This is starting to change.

Rhinos Without Borders has demonstrated the power of collaborative conservation. The initiative was founded by two partners in tourism, Great Plains Conservation and andBeyond, and has successfully contributed to the rebirth of Botswana’s current rhino population – a population that has been increasing over the past few years – due to the hard work of many hands, heads and hearts. For instance, that of Rangers like Poster, and collaborators such as these Chiefs in the local Okavango Community Trust who work closely with us and the Great Plains Foundation. As well as other vital members of the Rhinos Without Borders team, wildlife vets and experts, story-tellers, and an international community of supporters and donors. 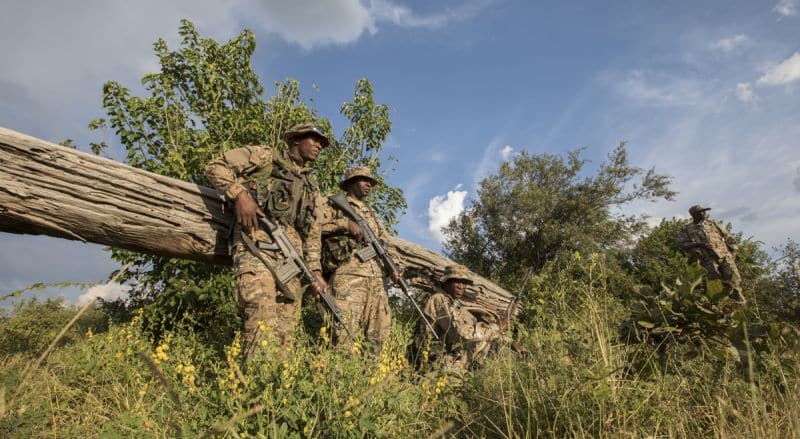 The Rhinos Without Borders monitors work in close cooperation with the Department of Wildlife and National Parks and the Botswana Defense Force.

This Rhinos Without Borders Update confirms that the initiative has truly met and exceeded the original goal to establish a substantial new wild population of rhinos in Botswana’s wilderness areas, with a current total of over 130 animals. Included in this tally are a significant number of calves: breeding is the ultimate litmus test of a successfully translocated population.

The translocations were made possible through incredible donors around the world, providing the funding to cover the costs of moving this precious cargo; including the securing of the rhinos, ground crews and helicopters, vet and medicine fees, boma costs, feed, transport by air or road to Botswana, telemetry costs (each rhino is fitted with specially designed telemetry devices for research and active monitoring purposes), release as well as three years of armed security and monitoring.

There have been many vital players in Rhinos Without Borders’ achievement thus far, but the heroes on the ground who remain more significant than ever are the anti-poaching rangers that help patrol the concessions and keep protective eyes on the translocated rhinos daily. 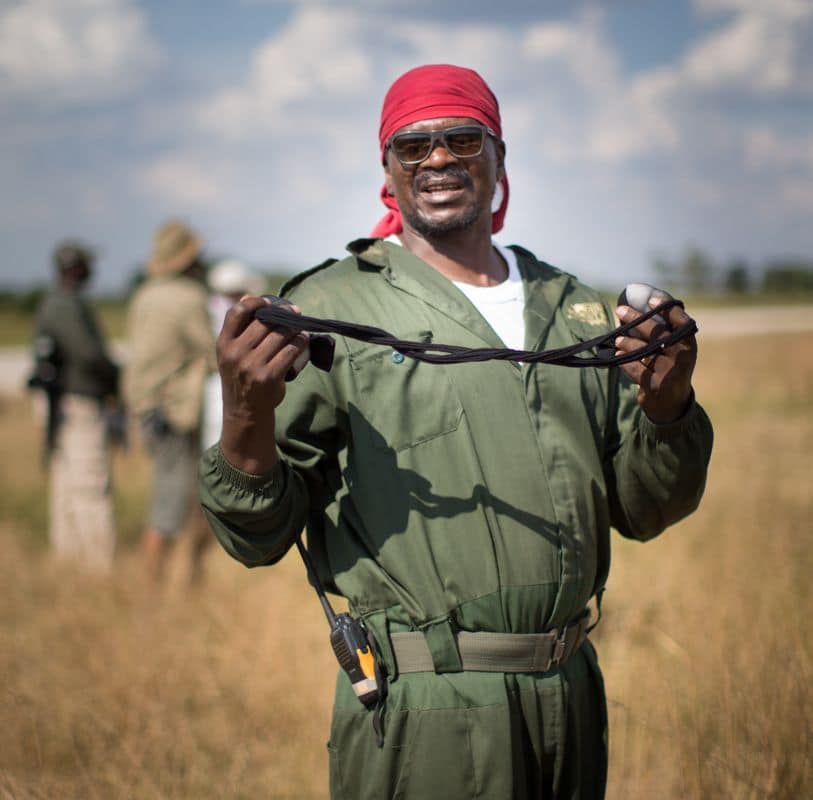 Security remains more important than ever…

In recent months, Botswana has seen an increase in poaching incidents. Africa is facing a new poaching pandemic caused by COVID-19’s ripple effects. As travel and tourism have been brought to a standstill, many wilderness areas are vacant and workers’ livelihoods have become shaky. This “perfect storm” of conditions is leaving many endangered animals highly vulnerable to wildlife crime.

Project Ranger is filling a critical gap in the wildlife monitoring, surveying, and anti-poaching operations of existing NGOs in Africa through an emergency fund supporting those on the front lines of conservation. Contributions from private individuals, foundations, and corporate partners supplement budget deficits with local ground partners by funding salaries, training, and operations of wildlife monitors, rangers and anti-poaching personnel.

This is just another way that Great Plains Conservation is preserving and protecting fragile ecosystems by supporting front-line conservation personnel in Africa.

SUPPORT OUR INITIATIVE TODAY and join us in supporting the brave men and women who are on the front lines of conservation.