Welcome to the Duba Explorers Camp

An intimate, traditional space where hearts and spirits find inspiration in a history rich with extraordinary wildlife stories…

Duba Explorers Camp, a Great Plains Explorer-Collection safari camp, is a perfect safari camp for any Botswana safari. The safari camp is tucked away in the northeast corner of Botswana’s Duba Plains Concession, a 33,000-hectare private reserve. Due to its location in the Okavango Delta’s northern reaches, the permanent floodplain dominates the surrounding landscapes, interspersed with seasonal floodplains, grasslands, and pockets of mopane and acacia woodlands.

Duba Explorers Camp is situated on an island surrounded by the pristine Okavango Delta and enjoys its separate traversing area, separated from Duba Plains Camp. The camp has year-round shade under a canopy of mature jackalberry, leadwood, mangosteen, and sycamore-fig trees. The camp’s location provides clear, unobstructed views across the surrounding water channels and allows cool breezes through the camp and guest tents.

Duba Explorers Camp is designed by Dereck and Beverly Joubert, National Geographic Explorers. The camp embodies Botswana’s safari golden age and the exploration spirit. The camp consists of four airy canvas tents, each raised on decking, stylishly furnished with a campaign writing desk, private verandah, and en-suite facilities. Under sweeping marquee canvas, the central area on raised decking offers guests an open-concept dining and lounge area. Guests wake up to panoramic views of the Delta floodplains, and, during the flood season, the water channels link to open water filled with flowering water lilies and tall papyrus.

Duba Explorers Camp is on an island surrounded by beautiful landscapes and watercourses as it sits in the heart of Botswana’s northern Okavango Delta floodplains. The camp is accessible only by a gum pole bridge. During your siesta, lounge on the daybed on your veranda, absorbing the peacefulness and tranquillity of your surroundings. During the flood season, you might even be lucky to catch sight of spotted neck otters swimming and eating. Listen out for the prolific birdlife. At night, let the hippos sing you to sleep. Sometimes, the roar of a lion cracks through the night as he calls out to his pride.

The unique flooding cycles of Botswana’s Okavango Delta create a mosaic of habitats from permanent wetlands to seasonal floodplains to woodlands and grasslands around Duba Explorers Camp and fosters an incredible diversity of wildlife. Plains created by dropping water levels in the dry season (December to April) form a perfect habitat for zebra, wildebeest, kudus, and tsessebes. In the flood season (May to November), the area transforms into a water wonderland with aquatic diversity. The year-round healthy herbivore population, including elephant, buffalo, and lechwe and suitable hunting terrain attracts predators such as lions, leopards, and wild dogs – all highlights to any Botswana safari.

In 2015, a rhino was poached every 6.3 hours in South Africa. Great Plains Conservation rallied various travel industry stakeholders to join forces to form the Rhinos Without Borders project in response to this crisis. Rhinos Without Borders aims to translocate threatened rhinos from poaching hot zones in South Africa to safe havens in Botswana. Since then, and with funds from various donors, many rhinos have been moved to safety. Our dedicated rhino monitoring teams have reported the birth of rhino calves born in the wild to those female rhinos initially translocated. 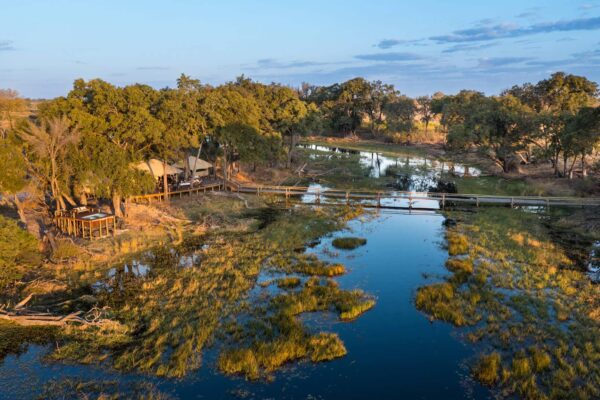 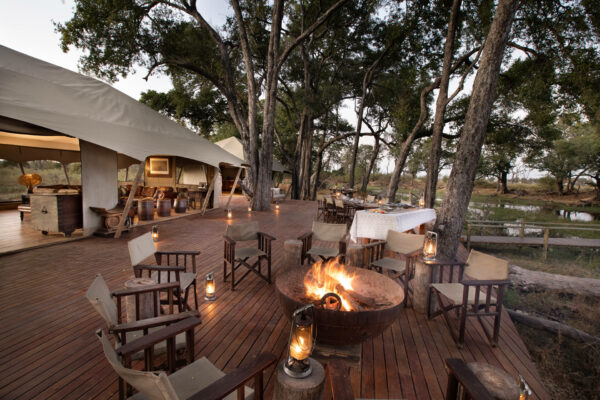 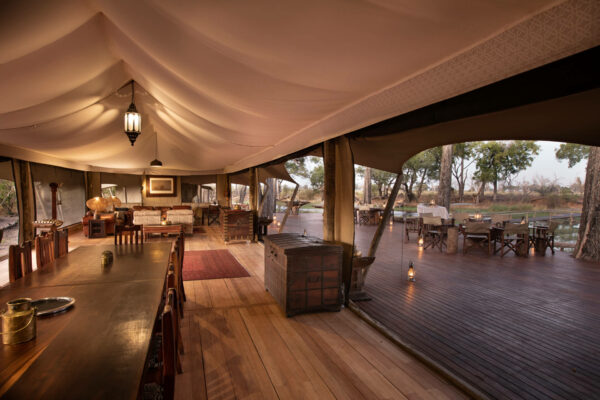 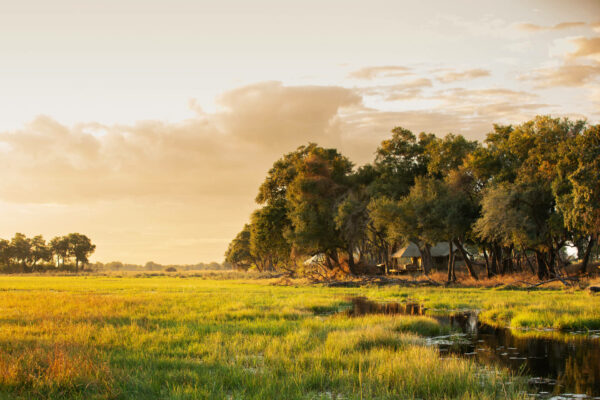 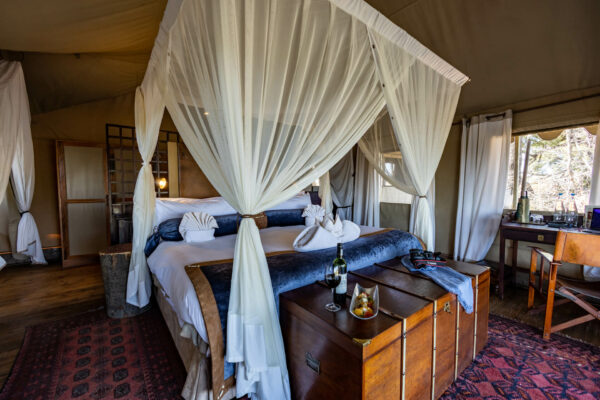 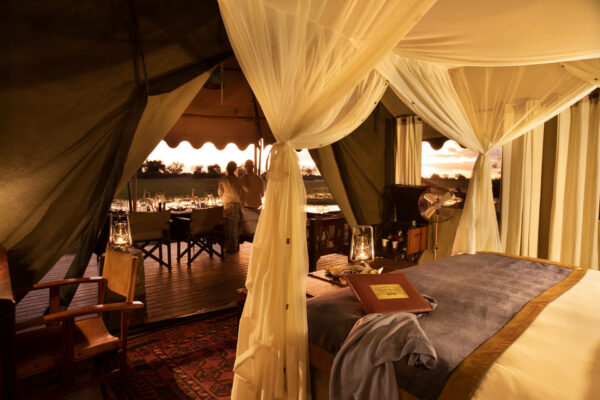 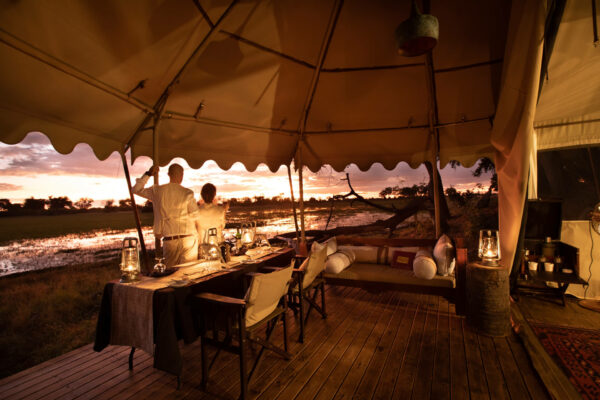 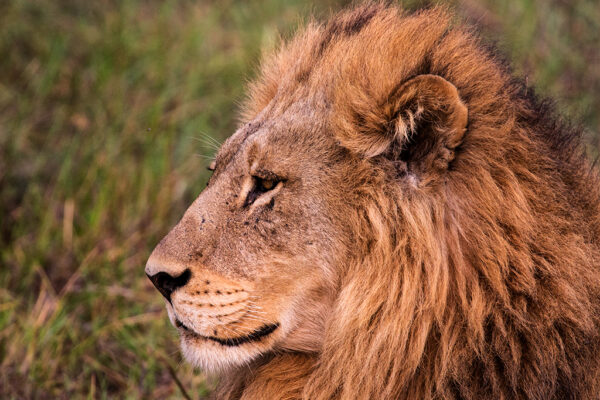 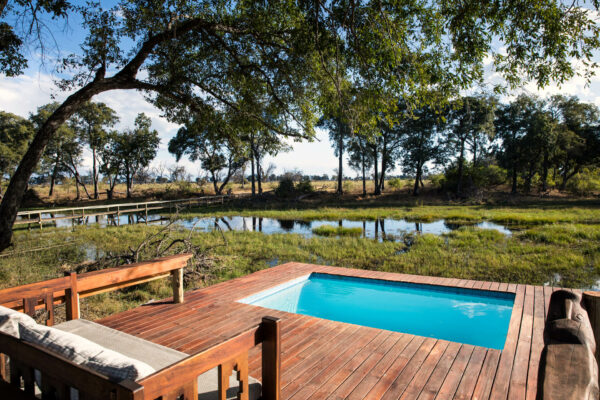 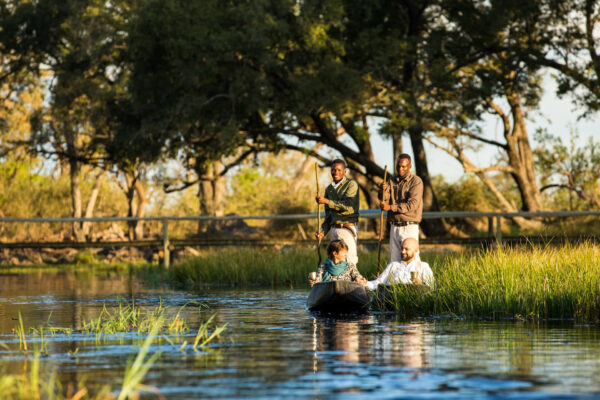 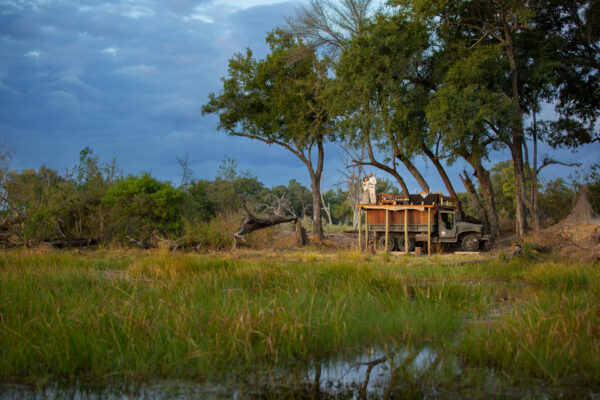 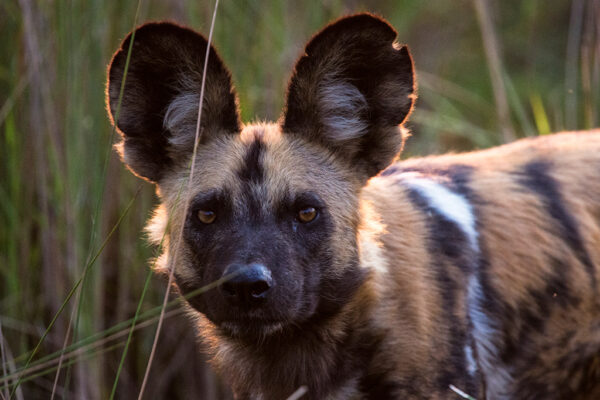 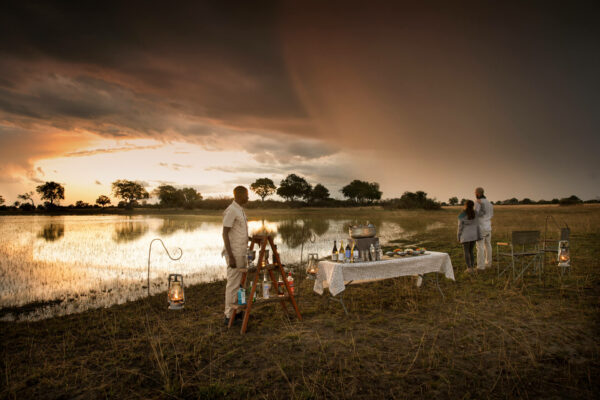 In addition to our own programs, Great Plains Foundation keeps a list of school needs in the countries where we work.

Needed items can be hand-carried by travellers or we can help purchase them locally. To learn more or to help support students and educators as part of your trip please reach out to info@greatplainsfoundation.com

Flights to Maun from Johannesburg