Shop the d&b explorer collectionRead about our Ethics & Fabric information

We like linen, Belgian usually, some French and Italian, just for the waxiness that holds the garment in place a little better. Linen is designed to crease and still look good. Each needs to be robust enough to use on safari as well, in muted colors, with a look that sends you back to the bush chic of the 1920’s.

It was in that era that washed and faded ex-military styled gear found its way into our lives. Karen Blixen wore clothing like this when we brought her aristocratic sensitivities from Denmark .

Across the world Hiram Bingham explored the South Americas and discovered Machu Picchu, probably the inspiration for Indiana Jones. Explorers and exploring feeds our insatiable desire to know more, to see more and to experience life fully. It feeds our dreams. It fuels our creativity. It is, what all children aspire to, and what the child within us secretly longs for when the mundane overwhelms us. So it emerges in films and books, poetry and faded images from the past to encourage us to be explorers again, even if just for a day, week or month.

Amelia Earhart added her tomboyish style to exploring as an aviator. She wore overalls but with a leather jacket that the airforce flyboys used to keep warm in a metal vessel at 20,000 ft. She flew across the Atlantic and then into the Pacific in a quest to conquer the world. 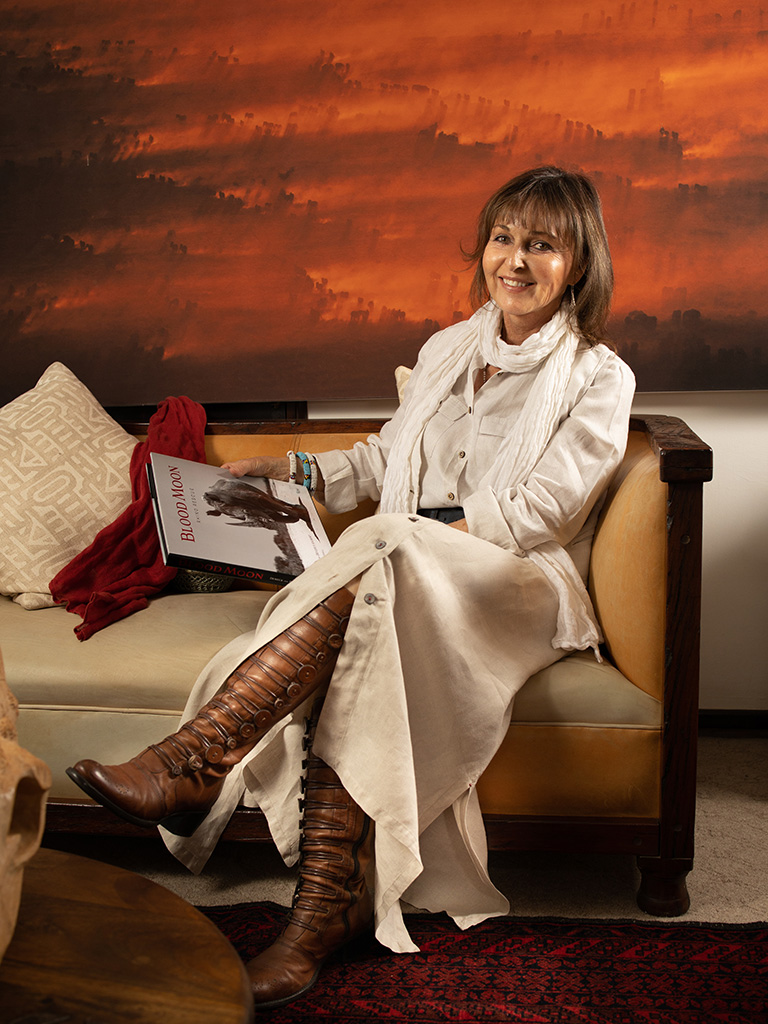 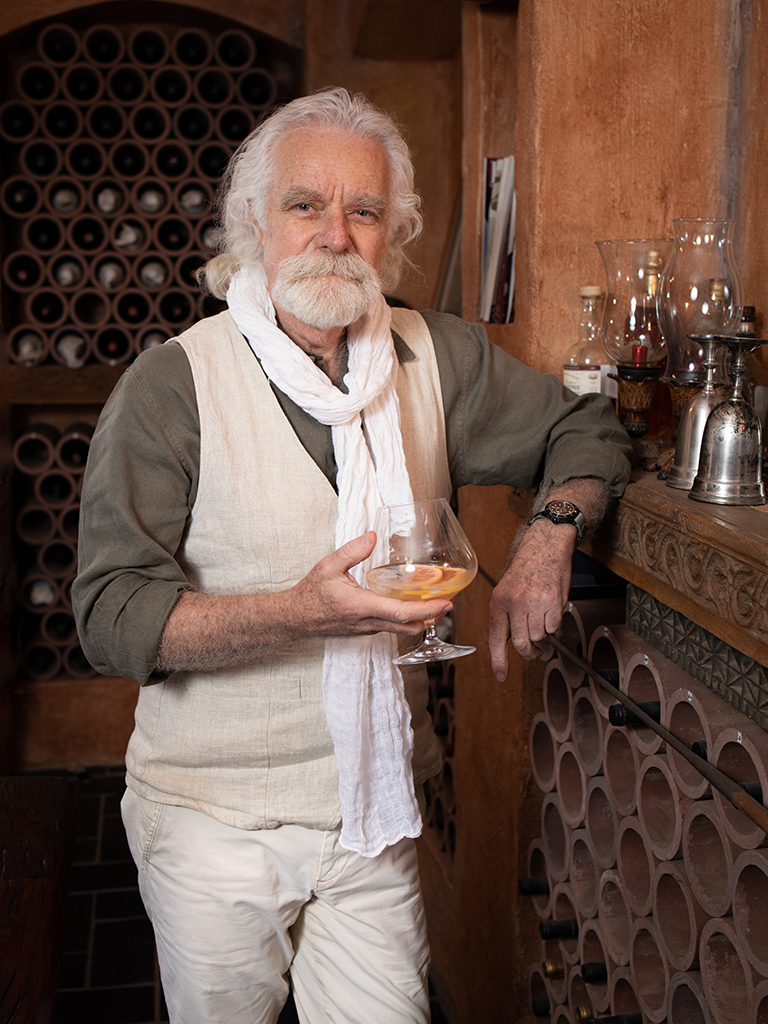 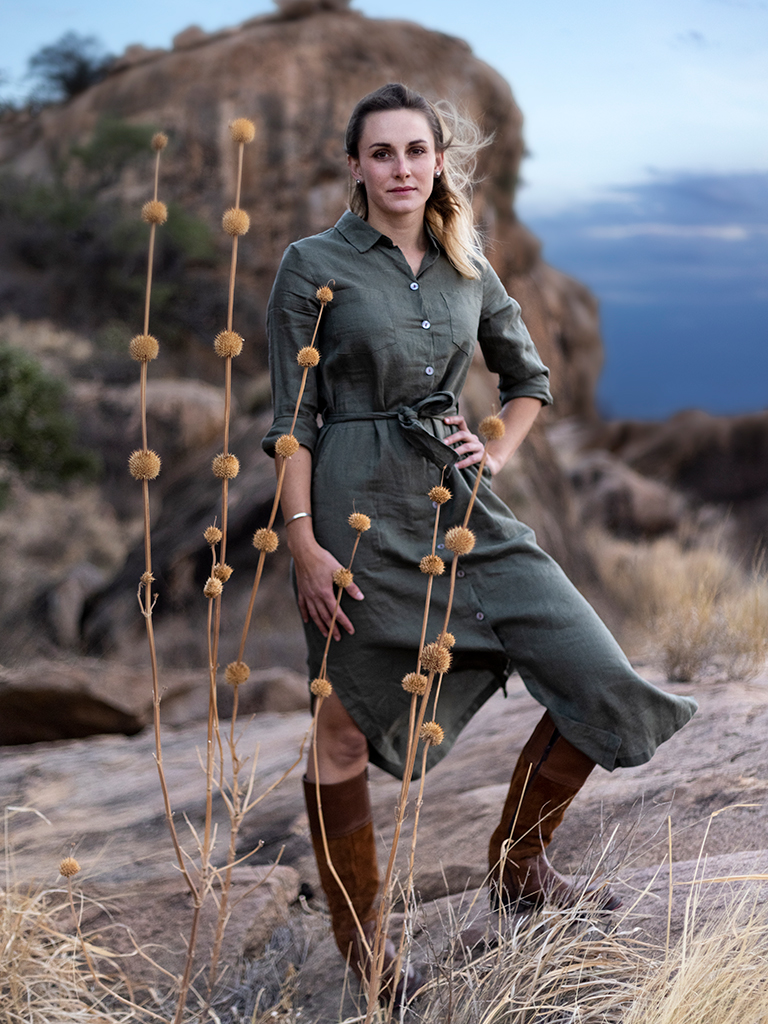 Similarly Beryl Markham rode horses in Kenya, and climbed into her Tiger Moth to fly over Africa decked out in a thick leather jacket over a linen safari tunic to help spot wildlife for Bror Blixen and Denys Finch Hatton. She too flew into oblivion but left her mark in the book of exploring legends, whose spirit still inspires us all daily no matter what we do.

We forget just how many women explorers and adventurers there were and are, from Van Buren to Johnson, from Stark to Baker. I use the surnames of these ladies in the same way as I would Selous, or Livingstone, Stanley and Hemingway out of protest for them being overlooked so often, but also in honor of the tradition so well-honed over the centuries.

As we designed the range, it was a nod to the practical but also with a strong sensitivity to being stylish and feeling good about standing out. There are dozens of clothing options made from recycled plastics or that zip off below the knee, for tourists, but this range is for the ‘traveller,’ the explorer, someone who wants to stand aside and have experiences that are hand-made, like the d&b explorers collection. And we all know that what we wear represents who we are.

But the range is also designed for the stories I have studied. One explorer, Jeanne Baret, was the first woman to circumnavigate the Earth. But for me the sadness was that she did it disguised as a man, breasts bound, as a valet to Admiral Louis-Antoine de Bougainville with 300 men on board in 1766. We honour her, but don’t endorse that any woman should have to masquerade as a man to achieve her goal.

Sarah Winnemucca was a native Indian who in the 1850s was one of the finest translators of her time, another explorer that straddled this difficult profession of experience and reporting that embodies the craft, and we honour her for standing proudly in her traditional clothing and not bowing to conformity. 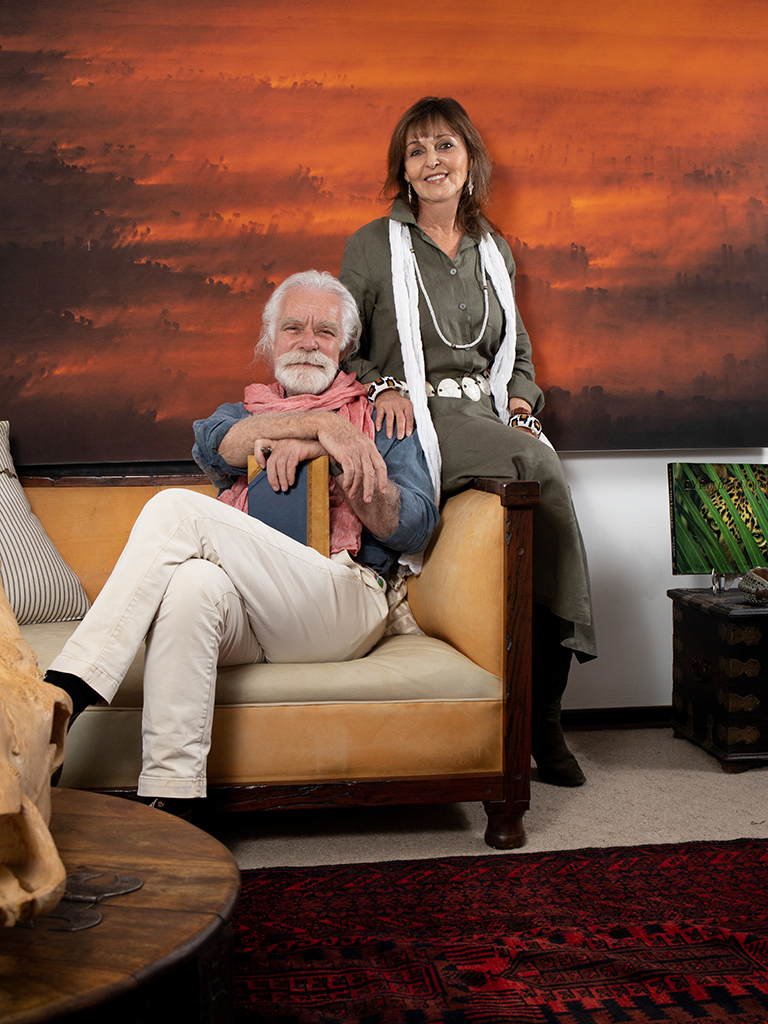 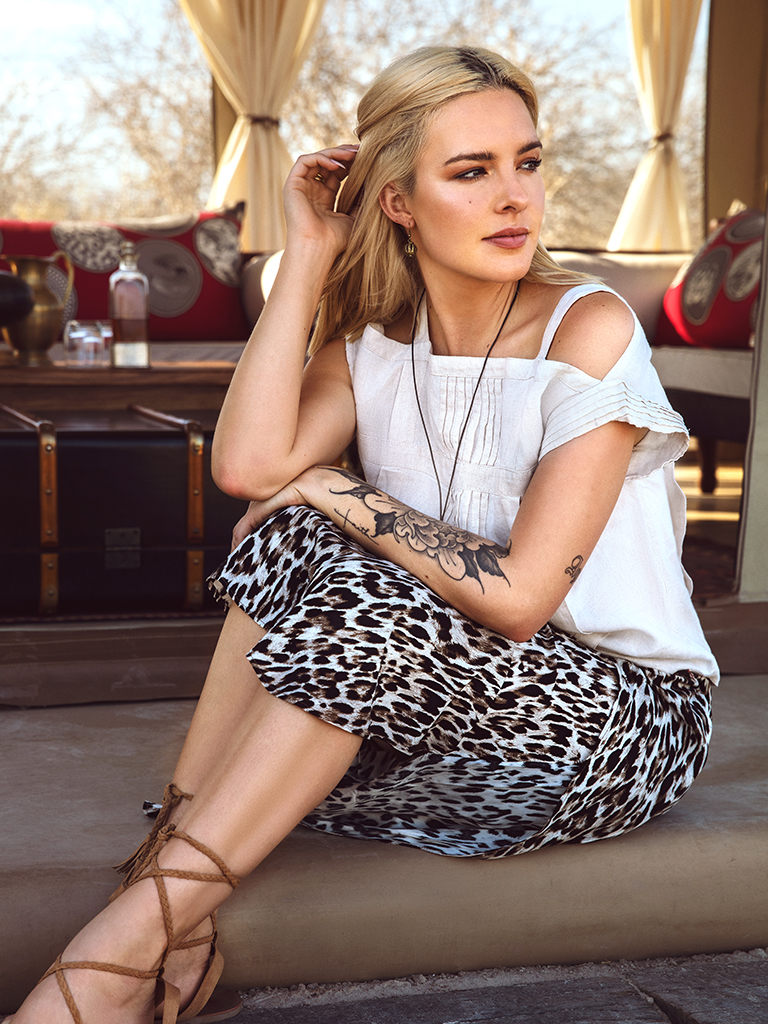 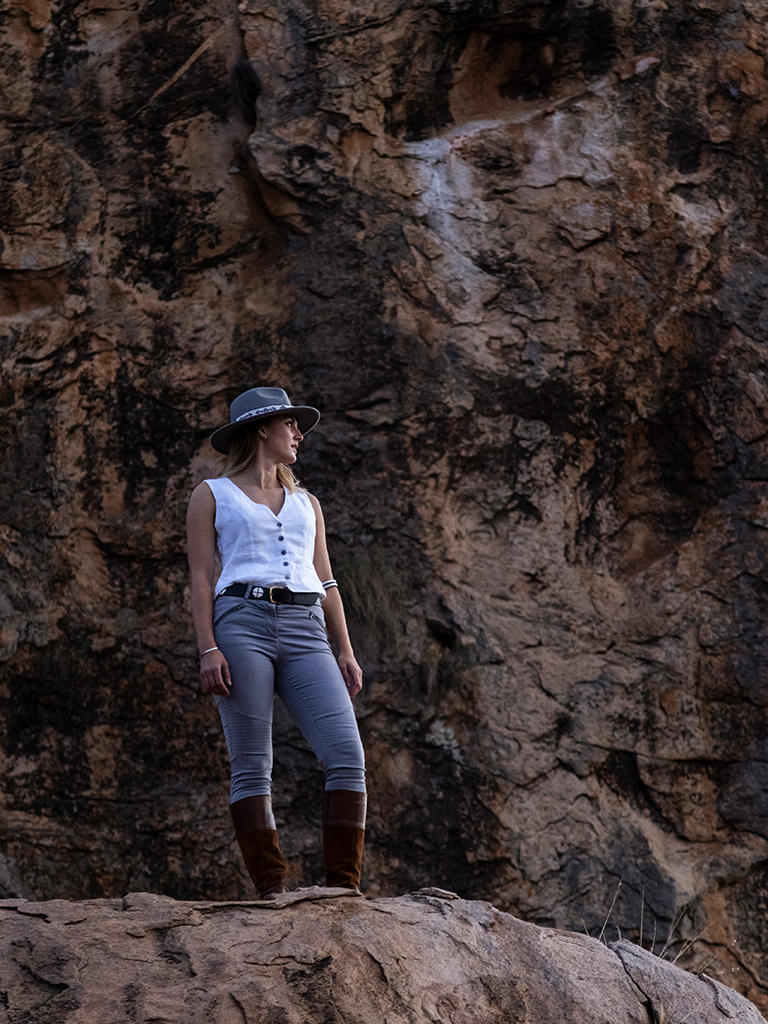 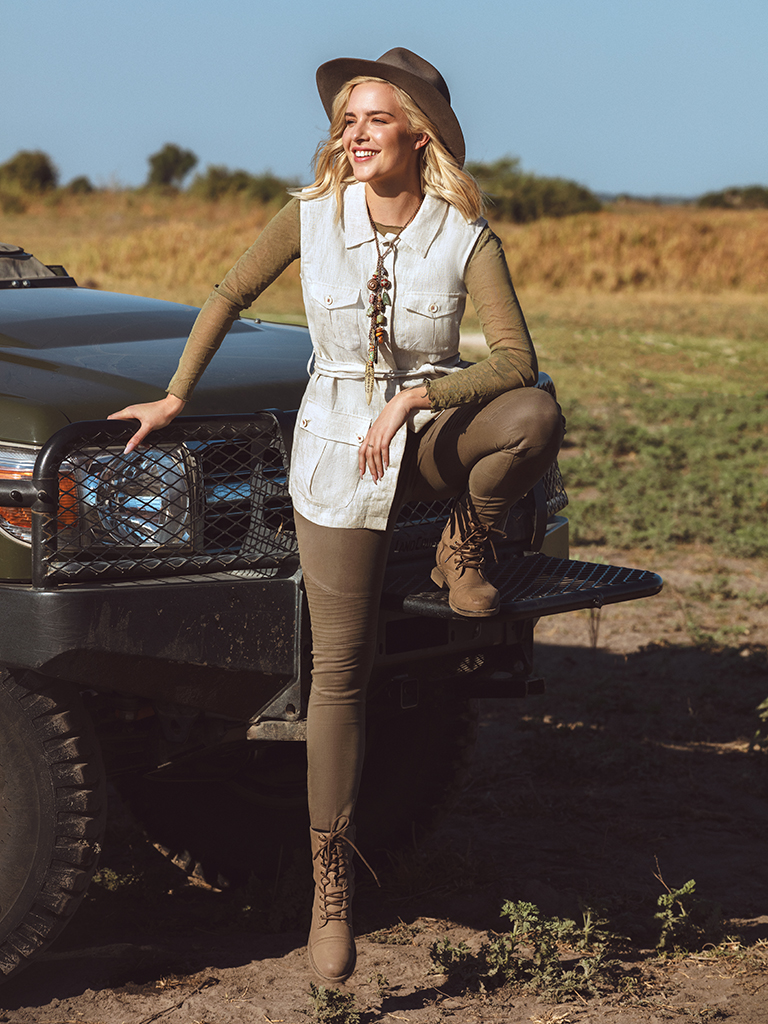 Isabella Bird sailed from Britain to America, the first woman to do so, and the list goes on, through the ages. From Sylvia Earle, and more recently to Beverly Joubert, women explorers who can more than match their male counterparts.

But men also have a need and desire to wear clothing that is cool in the tropics and well-designed. We draw on the military styles often for a reason. When the European officers returned from the Indian campaign they brought back a certain rugged style that could only have been evolved out of England and Europe. It was the Out of India style and flamboyance that they brought Into Africa. Many of them, born as aristocrats but as second sons bought commissions in the army, but on returning would have been known as commoners. So they headed into Africa, took with them their straight-backed military basics, but with an Indian and then African flare. The d&b explorer collection plays with that erosion of the straight-backed Victorian style, with an introduction of freedom in the linens and cuts.

I am somewhat captivated by the story Sir Samuel and Lady Florence Baker. She was in chains, destined to be sold to a prince in the Ottoman Empire. He managed to change that destiny and he and Florence married and explored together, they explored central Africa and the Nile, she as comfortable as any man on a camel, mule, and horse and knew her way around pistols and rifles. Her attire? Not Victorian but a feminine version of a military officer’s uniform. Their story embodies the romance of this era and a love story that parallels our own (not that Beverly was ever a slave!).

We are all heroes in our own narrative; there is little reason for anyone to write themselves in to their life story as a villain! And our clothing, our camps, our films are the props for you to use, in that script.

This range is a blend of those stories, and our own design. It has the functionality and style drawn from a tried and tested cloth, design and history, and our testing team includes the most intrepid explorers in history.

I hope that you find something here that tells your story for you. 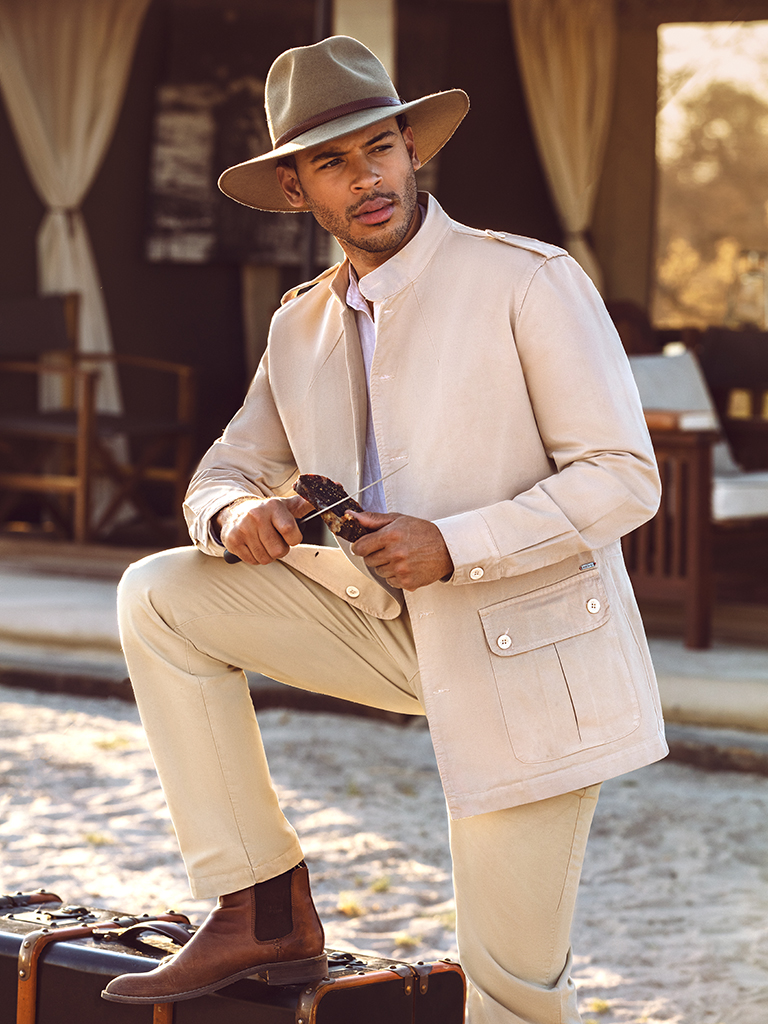 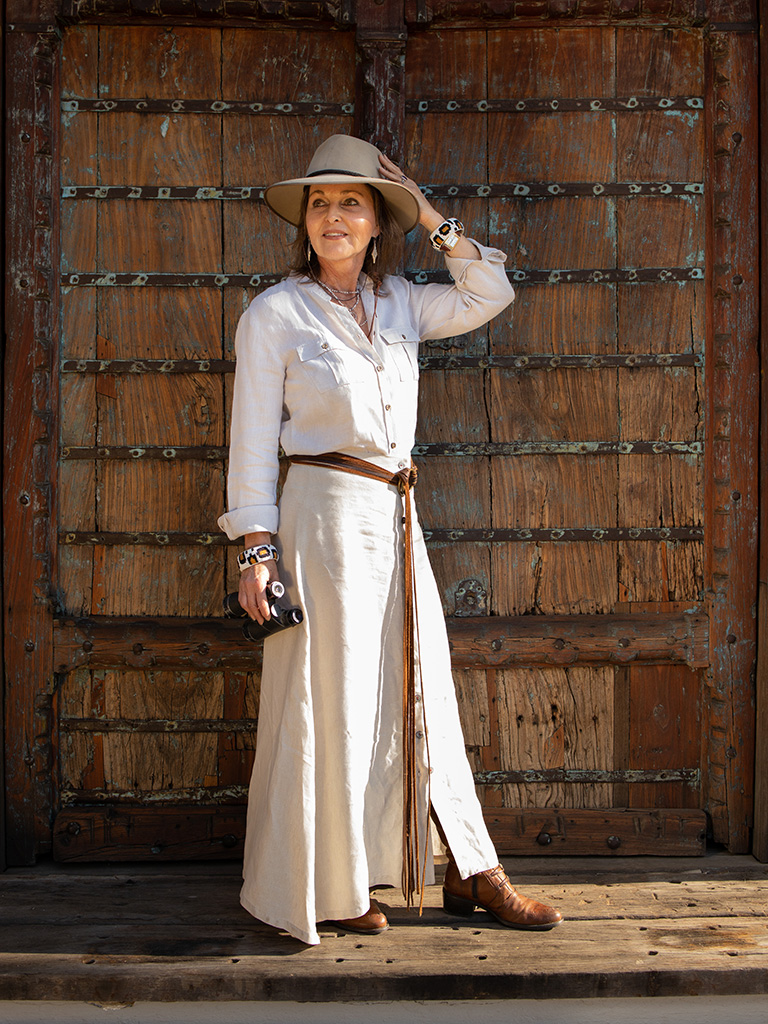 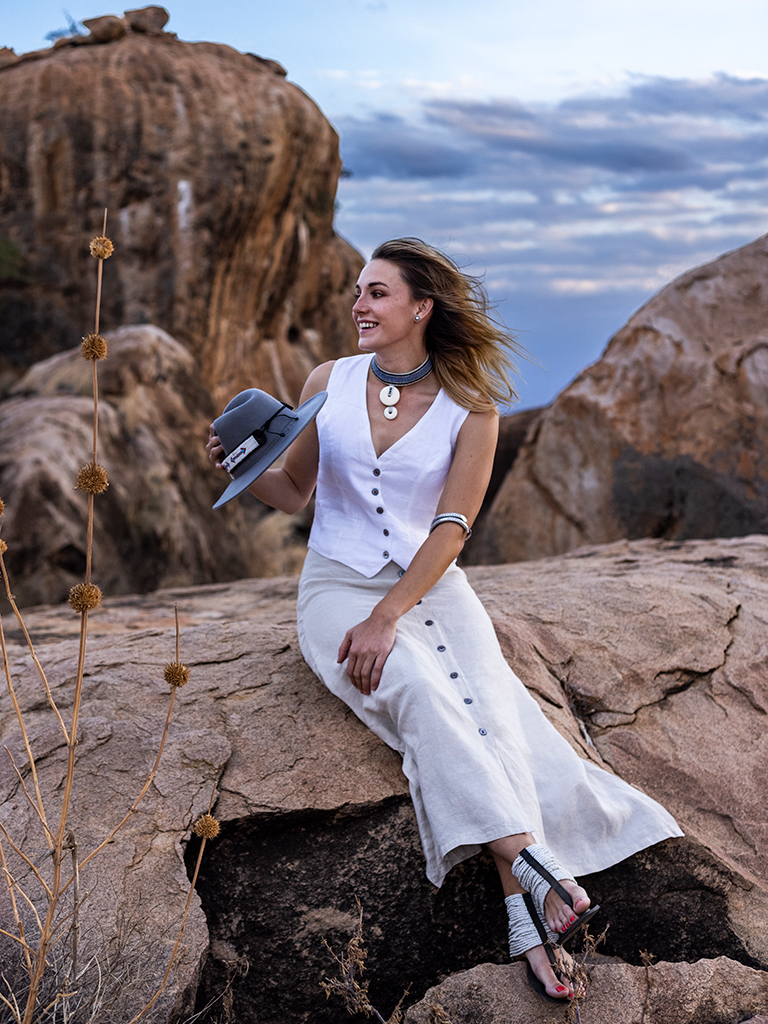 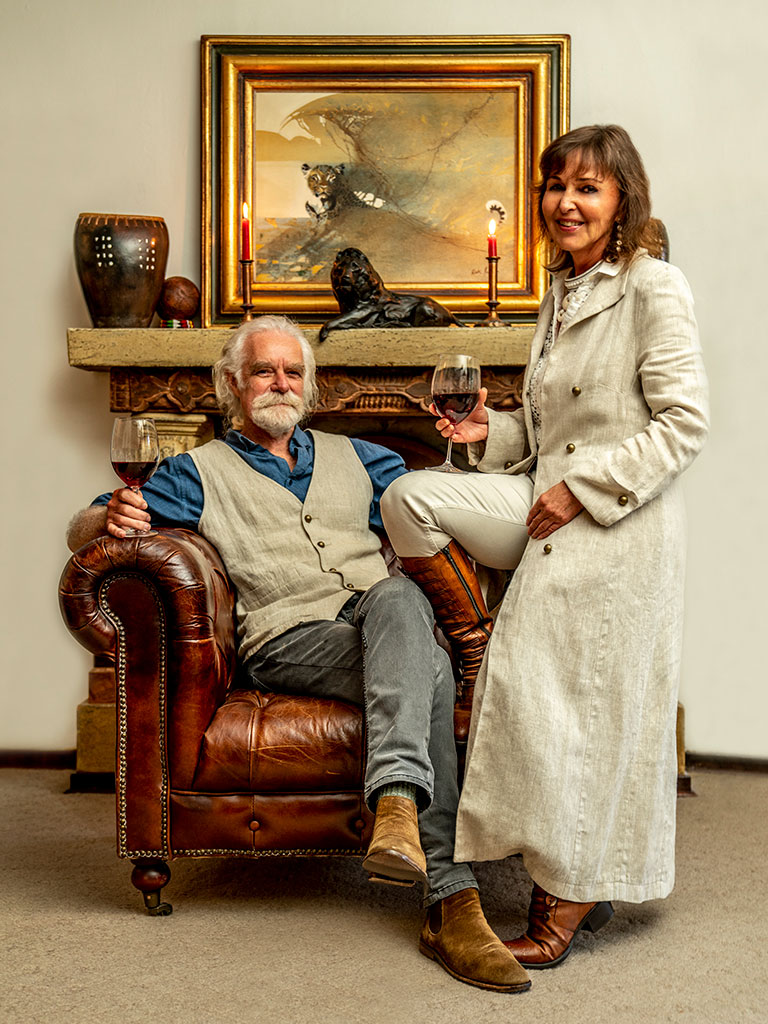 A bit about us 😍 The d&b collection speaks to

Two of our best sellers! 🙌 The super handy and