The Compassion of the Mother Crocodile 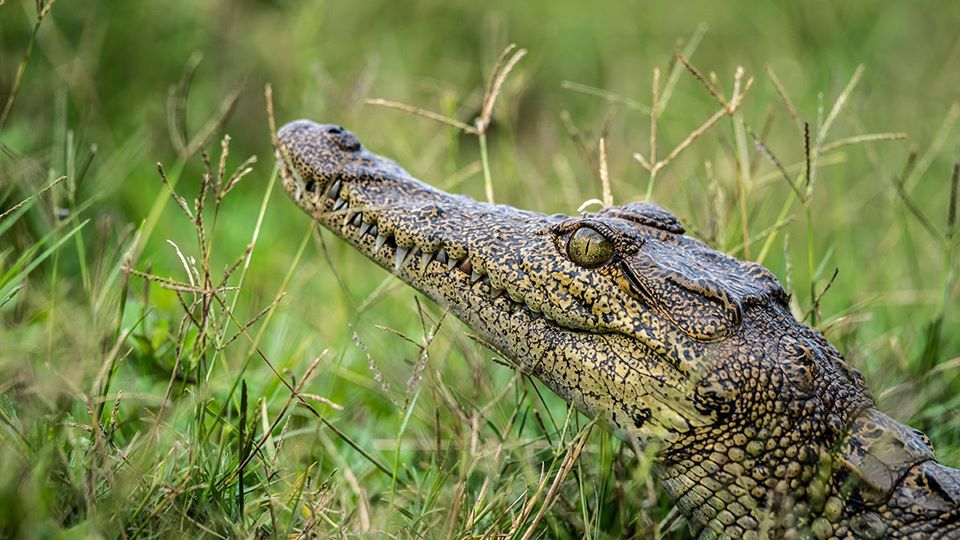 In the animal world, mothers come in every shape and size…

Some are as big as African elephants, and some are as small as an elephant shrew. Some hiss and spit, and there are those that roar.

Some young elephants never leave home, and their mothers never experience ’empty-nest syndrome’ while African fish eagles carefully feed their chicks mouthful-sized chunks of fresh catfish for months and only then start to spruce up the nest for the next brood. Young leatherback turtles are dropped on a beach, trapped in a shell, and have to rely on Mother Nature to keep them safe.

Nile crocodiles have been around for roughly 80 million years, but these days there are relatively few in the areas where they were historically abundant, like the Nile River. They are, however, plentiful in many rivers and lakes in central, southern and eastern Africa and are not listed as endangered. If you’re looking for one of the most unexpectedly tender mothers in the animal kingdom, don’t go to the Nile River, but rather try the Zambezi or the Okavango. “Crocodiles haven’t changed much in aeons – they haven’t needed to. They have the perfect camouflage, a metabolism that doesn’t need feeding constantly, and they use the Okavango’s waters to their absolute advantage.” – Beverly Joubert, captured in “Okavango: River of Dreams” – Episode 1. Paradise.

One of the reasons given for this success is, perhaps unexpectedly, the fact that female crocodiles are the sweetest and most caring of all reptilian mothers. However, laying up to 80 eggs probably helps. Apparently, they are attracted by males who bellow, slap their snouts in the water, blow the water out of their noses, make a variety of other crocodilian noises and then leave them to raise the hatchlings on their own.

Mother Nile crocodiles choose a likely spot to lay and bury their eggs, soft sand to dig a nest of about half a metre deep, a few metres from a river or lake, in a warm sunny spot to help with incubation, and with no danger of flooding and a sheltered spot nearby. The majority of reptiles, such as turtles, tortoises, snakes and lizards abandon their buried eggs and the hatchlings are born running. 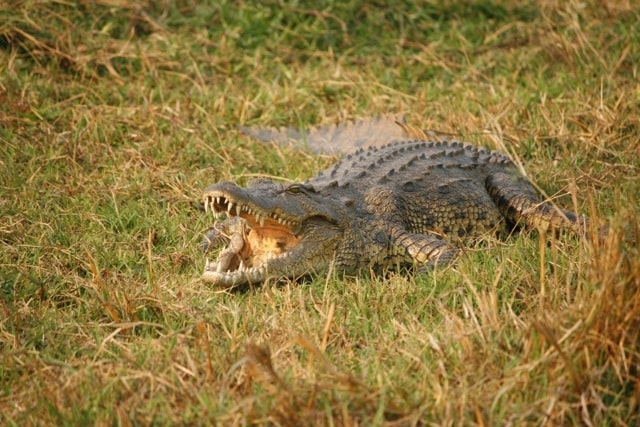 The toothy grin of a Nile crocodile in the Okavango Delta, captured at Duba Plains Camp, by Martin Mathumo

Female Nile crocodiles, along with many other crocodile species, retire, after laying and covering their eggs, to a nearby spot that is, preferably, sheltered from the fierce midday sun. Nile crocodiles, like all reptiles, are ectotherms, which means they must gather heat from their environment and the resultant saving in energy allows them to survive for up to a year without eating. This means that mom croc doesn’t need to leave the nest area too frequently and can simply lie and wait for the summons.

Young Nile crocodiles, when ready to leave their shells, simply call mom with an umph, umph, umph call. Studies have shown that crocodile eggs converse, both amongst themselves and with mom, in order to synchronise their hatching. After ‘birth’, they continue to communicate with their toothy guardian angel.

That umph call means that it is time to unearth the hatchlings, to gently place them in between those infamous teeth and to gently move them, mouthful by mouthful, to a safe spot in the river or lake where the mother will watch over them for up to a year.

Watch this clip from Dereck Joubert’s film, ‘Journey to the Forgotten River’, which shows the surprisingly gentle and tender side to crocs and the calls emanating from her eggs:

When danger (crows or fish eagles) is in the air, baby crocodiles can make a sound that brings their mother running to their aid – sounds that are essential for the survival of the tiny progeny. Otherwise, the mother calls them to congregate around her. The mamma croc will mother her young until they are more able to fend for themselves and perhaps, just perhaps, she sheds a crocodile tear when they leave. 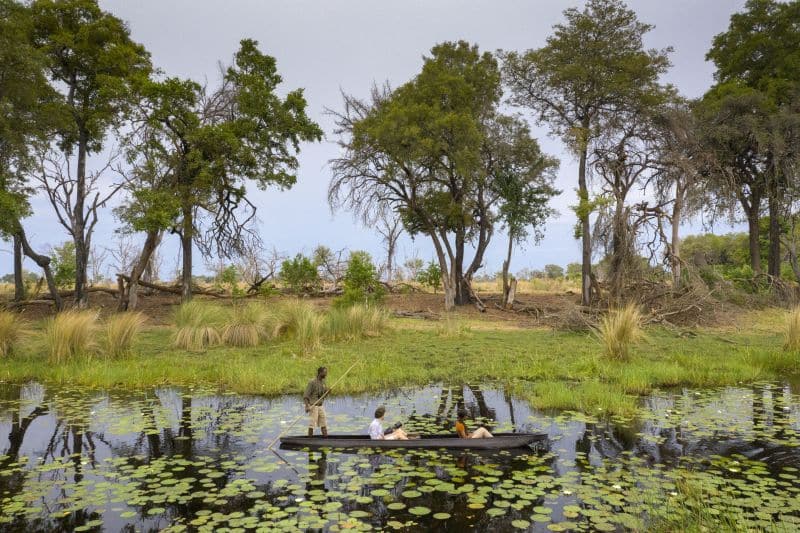 Discover more about our Botswana camps here to witness the compassion of the crocodile for yourself.