This Watch Wednesday we celebrate those who protect 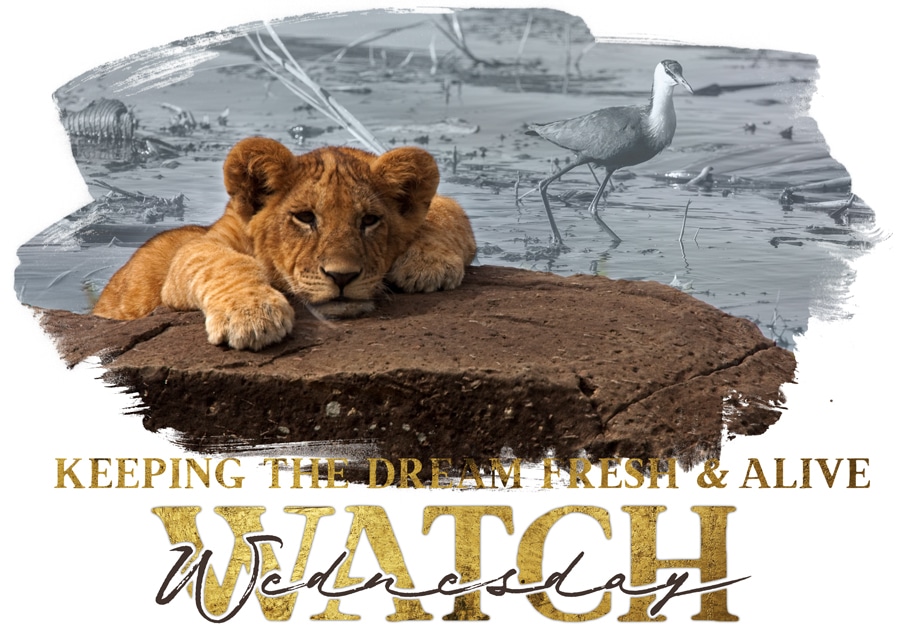 I leaned forward recently and followed a young lion cub through my lens. He was about to take a massive chance.

As he circled a huge hairy mane in front of him to deliver in his small way the ‘death blow’, a killing bite hold on his father’s back, it could have gone either way.

But for a moment, I drifted off to moments in my childhood that whenever I needed it, I felt a hefty but gentle hand on my shoulder.

The role of fathers as mentors and as protectors is essential. This week, with it being Father’s Day, we appreciate them. There are stereotypes, but those good fathers we all know need to be celebrated and thanked.

But one species at least, one we filmed for the Okavango series at Duba Plains, breaks stereotypes altogether.

The African Jacana is a smallish bird that, when born, weighs just a couple of grams (or ounces). Still, as they hatch, the father steps forward on long gangly legs walking over lily pads as these tiny balls of fluff follow along after him on legs they actually never really grow into either. But then, at any sign of danger, the chicks respond to his chirp, racing to their father, literally diving into his chest feathers and under his wings to safety.

He then stands and strides away with just their legs all dangling down from under his clamping wings. This is the perfect expression of allowing youth to wander around and experiment. Still, their protector maintains a watchful eye out for danger, using the bulk of a father to protect his vulnerable offspring.

Nature has one example after another of this often surprising, softer side of fatherhood.

Still, back at the lions, as the sun sets, not far from Selinda Camp where some of these scenes in our video are filmed when one cub leapt up onto his father. The two collapsed together with a tenderness rarely seen in lions. It seemed like a double celebration because all fathers were young once.