Watch Wednesday – The Collective Power of the Great Migration 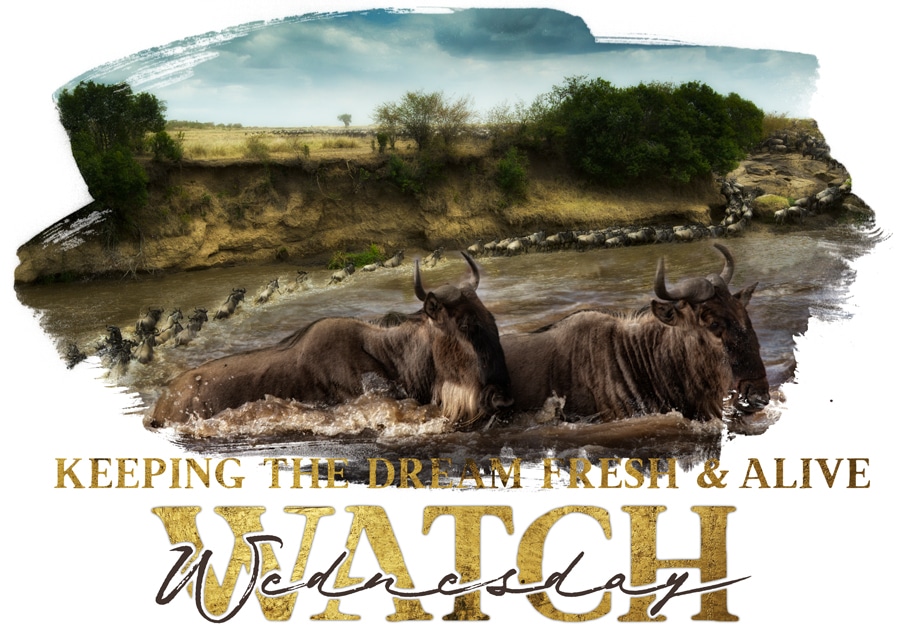 This proverb relates to ‘the many’ collective power, which could be societies, friends, family, or even a whole village working together.

Today I got word that the wildebeest migration, this annual Great Migration, is about to set foot (many feet in fact) into Kenya and cross the Sand River. This migration of nearly 1.5 million wildebeest covers almost 1,000km. It has ended up on our doorstep at Mara Plains, Mara Toto, Mara Expedition and Mara Nyika (our Great Plains offering in Kenya’s Maasai Mara). There are not many other more exemplary examples of the ‘collective’ working together to stride further.

Any day now, even sleeping at night in camps will become a hardship (without earplugs). Still, we often forget that nearly a quarter of a million wildebeests get killed by lions, hyenas, cheetah and crocodiles each year. And yet they keep coming. With them, over 200,000 zebras, 350,000 Thompson’s gazelle and about 90,000 eland move along the same path.

The reason for this collective strength is apparent, even though they have to compete for each blade of grass.

I once watched a lone wildebeest wander off to a lovely green patch, but so did the waiting lions. We have filmed wave after wave crossing the river. And witnessed a male leopard sighing before dropping down to hoist his twelfth kill into the trees, eventually running out of suitable branches to store them all.

And yet they keep coming.

As they head northward, I want to mention the assembly of conservancies that form a semi-circle around the Maasai Mara because whilst tourism may be down, even during this annual migration, the Maasai Mara still accepts self-drive and minibus tourism en mass (its organic migration at times).

However, private conservancies like Olare Motorogi, Naboisho, Lemek, Mara North, and others have organised themselves into restricted use, limiting vehicles and people. The results are spectacularly different just across an imaginary park boundary!

And the wildebeest seem to know this as they move away from the vehicle and human pressures into the perfect grazing the conservancies provide. Perhaps each wildebeest may not be the most intelligent creature on the planet, but they seem to know things collectively!

This jewel of an event is to be cherished, valued, not disrupted, or abused. Each time I witness its arrival, I am never in a rush to drive right into the herds but prefer actually to stop, some way off, often without seeing them, listening for the approaching hordes as their individual moans and grunts suddenly find a unified resonance and rhythm. It’s like clever jazz music, where each player is an individual, performing at his or her best and yet still circling back to intersect with others for even more significant effect.

There is purity in this migration, even with its chaos and clutter, punctuated with death and narrow escapes. But for me, the wonder is in its whole, a ‘Ming vase’ of our planet’s natural capital, where the value is not in its individuals or in the biomass, the meat to consume, or the dollar or ticket price to see it. It represents that side of our nature, where we do not have just two choices: to monetise or destroy.

We can’t wait to share this migration with you.